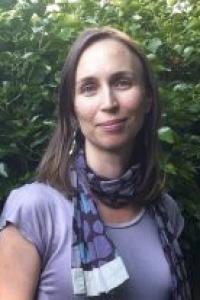 Virginie Ladisch leads ICTJ’s work on children and transitional justice as well as the country program in Cyprus. From the time she joined ICTJ in 2006 until 2009, Virginie worked as part of the Reparations program, and with the Canada and Turkey country programs. Prior to joining ICTJ, Virginie conducted research on reconciliation in Cyprus, was the project coordinator at the Crimes of War Education Project, and served as an election monitor in Guatemala. Virginie holds an M.A. in International Affairs from the School of International and Public Affairs (SIPA) at Columbia University and a B.A. in Political Science from Haverford College.