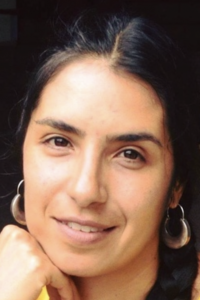 Claudia González-Pérez is a Political Scientist, Specialist in Theories and Experiences in Armed Conflict Resolution, Ethnic Communities Land Restitution, and Historical Memory. Claudia develops innovative community resources based on traditional conceptions of body, land, uses of property, comparative political thought to bear on issues of global justice, peacebuilding, transitional justice, conflict prevention, gender, and indigenous political thought. She is a creator of the conceptual & methodological program; “I am memory: Memory, Body, Territory” for Casa De La Mujer, Program awarded with Honorary Mention of the Antonio Nariño Human Rights Award in 2018. Claudia carried over this work to San Francisco (CA) strengthening the agenda of Colombians and non-Colombian immigrants, survivors of political violence in exile. 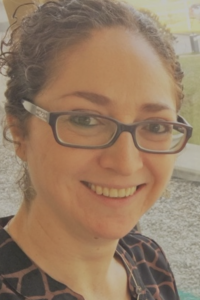 Gabriela Guzman is a Human Rights Officer at the Office of the High Commissioner for Human Rights, where she supports the UN Working Group on Enforced or Involuntary Disappearances. For the past ten years, her work as a human rights officer at the UN has mainly focused on issues related to enforced disappearances and violence against women. Prior to joining the United Nations, Gabriela worked in academia, civil society and the public sector in Mexico City. She completed her BA in International Relations at the Instituto Tecnológico Autónomo de México (ITAM) in Mexico City, and holds a master's degree in Forced Migration from the University of Oxford in the UK. As an AHDA Fellow, Gabriela’s project will document the work of family-led collectives advocating and searching for disappeared persons in Mexico. 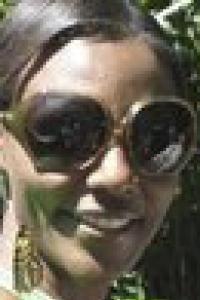 As a Program Officer at the Forum for Building Civil Society Capacities, Chantal Gatore manages a team of 170 personnel and oversees capacity building initiatives with regard to transitional justice projects as well as the development and implementation of other human rights related projects. Currently she is developing the foundation for a documentation center which will serve for the collection of evidence and thus the preservation of the memory of the history of Burundi. She is also creating and coordinating a network of groups who will contribute to the upcoming Truth Commission in Burundi. In addition to overseeing these larger projects, Ms. Gatore oversees advocacy for the establishment of laws that meet international and UN standards; communications, publicity and budget oversight for ongoing projects; training, evaluation  and project monitoring.

Ms. Gatore holds an MA in International Peace Studies from the United Nations University for Peace in Costa Rica; she holds a second MA in Human Rights and Peaceful Conflict Resolution from the UNESCO Chair and the University of Burundi. She has worked as a consultant for numerous projects and programs, including the NGO Burundi Leadership Training Program and the Gender and Transitional Justice, Reparations Programs, under the auspices of Reseau Femme et Paix. She also contributed to the production of a radio soap opera in peace, reconciliation and transitional justice in collaboration with a Dutch NGO, La Benevolencija. Ms. Gatore has worked as an assistant visiting professor at the UNESCO Chair and University of Burundi and in the Graduate Diploma Program in Human Rights and Peaceful Conflict Resolution at the UNESCO Chair and University of Burundi. As an AHDA fellow, Ms. Gatore seeks to work further on developing a documentation and archive center in Burundi. The center will act as a central site for documents related to Burundi’s recent civil war—documents that are currently at risk of loss or destruction. Issues such as the preservation, protection and dissemination of such documents must be addressed, and the ways in which this center can serve to support education, research, memory work and reconciliation efforts must be further developed as well. Finally, Ms. Gatore hopes to be able to explore the necessary legal framework for facilitating the work of a documentation and archiving center. 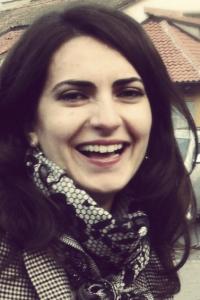 Raba Gjoshi is the Executive Director of the NGO Youth Initiative for Human Rights in Kosovo (YIHR KS). Since 2007, Raba has led a range of public actions and campaigns that address issues related to missing persons, freedom of expression, right to information, rights of minorities, antiracism and antisemitism and active citizenship. Working with an organization which combines different approaches, Raba has also been engaged in the monitoring of human rights legislation, institutions and mechanisms, documenting and reporting on human rights abuses and promoting human rights values through education and activism. More generally, as executive director, Raba Gjoshi is responsible for overall programmatic, financial, and administrative work of the organization, including fundraising, project development and implementation, general operations on the day-to-day level as well ensuring the implementation of longer term goals.

In the historical dialogue arena, Raba’s work has concentrated on dialogue and exchange amongst young people; building projects that initiate public dialogue and acknowledge victims; and projects that support initiatives for documentation, justice, healing and memory. The project Raba intends to develop as an AHDA fellow will focus on the issue of deportations during the war in Kosovo, and in particular the collection and documentation of facts. Her intention is to engage local communities in this work in order to create a space for dialogue and collective memory. 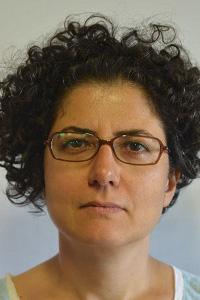 Trained as an historian, Asena Günal currently works as program coordinator of DEPO, a center for arts and culture in Istanbul. DEPO was founded in 2009 by Anadolu Kültür, a civil society organization working to create open spaces for artistic collaboration believing that cultural exchange and cooperation can lead to dialogue and mutual understanding among individuals with different social backgrounds and national or ethnic identities. Aside from its artistic program (exhibitions, installations, film screenings), DEPO organizes conferences, workshops, lectures and panel discussions on topics relating to historical, political and social issues. It also publishes an e-journal on contemporary art practices in Turkey and the surrounding region, and is considered an alternative space that is open to politically critical exhibitions and events. Asena is responsible for the organization and coordination of all activities that take place at DEPO. Last year, for example, she coordinated an exhibition and edited a book entitled Bir Daha Asla!: Geçmişle Yüzleşme ve Özür (Never Again!: Apology and Coming to Terms with the Past, İstanbul, 2013), which explored eight cases of political apologies from around the world.

Asena became an advocate of historical dialogue and accountability first as an editor of social science texts at a publishing house known for highlighting politically taboo and controversial issues (she co-edited, for example, 90’larda Türkiye’de Feminizm (Feminism in Turkey in the 1990s, İstanbul, 2002) and then as a doctoral student of history. Having a PhD degree in history and collaborating with various civil society institutions, Asena focuses on projects that deal with the past, but that also seek to make individuals explore what kind of society they live in today, and what future they would like to build. As an AHDA fellow, Asena plans to develop a proposal for a new exhibition and publication project that focuses on eight state crimes in Turkey, all of which need to be acknowledged and reckoned with to solve ongoing ethno-religious and political conflicts. Crimes such as the 1915 Armenian Genocide, the 1938 Dersim Massacre, the forced disappearances of the 1990s and the 2011 military attack on civilians in Roboski were crimes committed by the state or by state-sanctioned proxies. A discussion regarding possible redress with regard to these acts of violence will transform the rhetoric of protest to more constructive and future-oriented policies that have the potential to impact the general public and policy-makers. 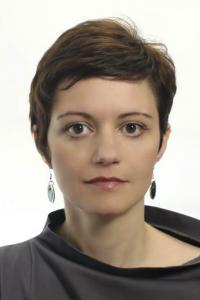 Nataša Govedarica currently works as Program Manager at Heartefact Fund, a private foundation which uses culture as a tool for social change. She is an award winning play writer and a dramaturge, and has won multiple prizes of the Bosnian Public Radio 1 for her radio plays. Her latest prize came from a festival in Bosnia for her co-authorship of a theatre play “Hypermnesia”, which tackled childhood memories of individuals from Bosnia, Serbia, and Kosovo. Ms. Govedarica was born and grew up in Sarajevo, and currently lives in Belgrade. Ms. Govedarica holds a BA in Dramaturgy from the Academy of Performing Arts, University of Sarajevo, and an MA cum laude in Human Rights (University of Sarajevo and University of Bologna). Her MA thesis on film as a medium for human rights awareness rising was published under the title “The Picture of Human Rights”. Recently Govedarica published a study “A Land of Uncertain Past”, which dealt with the politics of memory in Serbia from 1991 - 2011. As an AHDA fellow, Ms. Govedarica will develop a documentary theatre performance that examines the case of Prijedor ethnic cleansing (sometimes called the “Prijedor Genocide,”) where survivors live next to unprosecuted perpetrators and bystanders. The performance will also examine the treatment of this case in Serbia (the perpetrators’ community).