Michael Garcia Bochenek is senior counsel to the Children’s Rights Division of Human Rights Watch, focusing on juvenile justice and refugee and migrant children. He has researched and reported on criminal and juvenile justice systems and prison conditions, the protection of refugees and internally displaced persons, the exploitation of migrant workers and other labor rights issues, the rights of lesbian, gay, bisexual and transgender persons, and rights violations in armed conflict, including the use of children as soldiers. From 2006 to 2015, he was director of policy and then director of law and policy for Amnesty International’s secretariat in London, where he oversaw strategic litigation, among other responsibilities. Earlier, he worked as counsel, senior researcher, and then deputy director of Human Rights Watch’s Children’s Rights Division in New York, directed a non-profit immigration legal services office in Washington State’s Yakima Valley, and was the Leonard Sandler Fellow with Human Rights Watch’s Americas Division in Washington, D.C. He is a graduate of Michigan State University and Columbia Law School. In addition to English, he speaks Spanish and Portuguese. 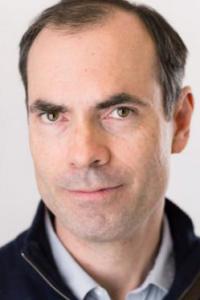