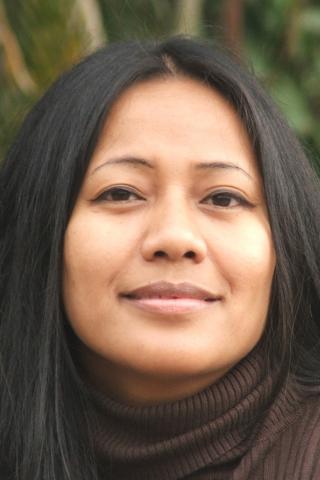 Binalakshmi Nepram, born in the state of Manipur located in India's Northeast region next to Myanmar, is an writer and civil rights activist spearheading work on making women-led peace, security and disarmament meaningful. She is author of five books, her most recent being, Where are our Women in Decision Making on UNSCR 1325. In 2004, she co-founded India's first civil society organization for conventional disarmament issues, Control Arms Foundation of India. In 2007, Binalakshmi launched the Manipur Women Gun Survivor Network. She is a recipient of Dalai Lama Foundation's WISCOMP Scholar of Peace Award (2008), the Sean MacBride Peace Prize (2010), and the CNN IBN Real Heroes Award (2011).

In 2015 Forbes (India) listed Binalakshmi in 24 "Young Minds of India that Matter" and Femina Women’s Magazine honoured her with their Women Awards 2015 followed by an award by the Young Women Federation of Indian Commerce and Industries. She was also awarded with "Women Have Wings" Award from USA in 2016 and in 2017, she received Telegraph Newspaper Excellence Awards 2017 for her work with women survivors in Manipur. You can follow her work on twitter @BinaNepram.

Rafi Nets-Zehngut is currently a postdoctoral fellow at the Leonard Davis Institute for International Relations at the Hebrew University. He got his PhD at the Political Science Department at Tel Aviv University, and during his PhD studies was a predoctoral fellow at Yale and Columbia Universities. His research studies the psychological aspects of conflicts (e.g., reconciliation and healing processes), with the main focus being their collective memory. Regionally he focuses on the Israeli-Arab/Palestinian conflict.