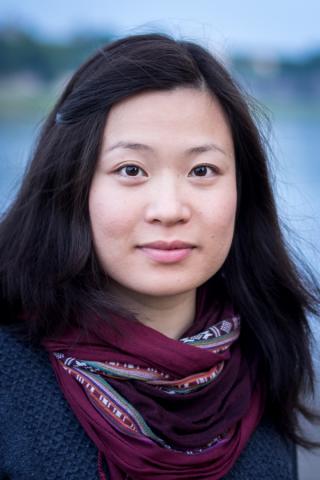 Hà Lê Phan-Warnke is a doctoral researcher in the international interdisciplinary graduate program "Human Rights under Pressure - Ethics, Law, and Politics" at Free University Berlin, Germany. She holds a LL.B from the Dresden University of Technology, a law degree from the Université Paris X and a LL.M in International human rights law with distinction from the University of Essex. She previously worked for the Research Division of the Office of UN High Commissioner for Human Rights (OHCHR) in Geneva, the UN Special Rapporteur on the Human Right to Safe Drinking Water and Sanitation, the German Institute for Human Rights and civil society organizations in Germany. Her research interests revolve around socio-economic rights, substantive equality, critical theories, socio-legal approaches and qualitative methods. During her visiting fellowship at the ISHR, she focuses on a case study that seeks to track localization processes of the human right to sanitation in Alabama.

Jonathan Papoulidis is Senior Advisor, Peacebuilding and Humanitarian Affairs for a major international non-governmental aid agency. He previously served with the United Nations on three continents, including in Indonesia as UN Special Advisor for Aceh and Nias and before that, as Chief of Policy and Programmes for the UN’s recovery coordination efforts in Aceh and Nias. He also served in the UN peacekeeping mission in Liberia as advisor to the Deputy Special Representative of the UN Secretary- General for Recovery and Governance. Prior to these roles, he worked with UN OCHA at Headquarters and in the field. He has a master’s degree in international relations from the University of Cambridge where he was editor of the Cambridge Review of International Affairs. He was Coordinator of Peacebuilding and Humanitarian Affairs at York University’s Centre for Refugee Studies and former executive committee member of the International Studies’ Association Peace Section.