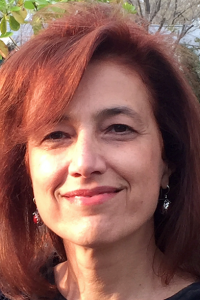 Zehra F. Kabasakal Arat is Professor of Political Science at UConn. Her research focuses on theoretical and empirical questions related to human rights, with an emphasis on women’s rights. She is the Founding President of the Human Rights Section of the American Political Science Association. In addition to serving on the editorial board of several journals, she serves as the series editor of a new book series with the Lynne Rienner Publishers – “Politics and Human Rights.” Her publications include numerous journal articles and book chapters, as well as books such as Democracy and Human Rights in Developing Countries (1991) and Deconstructing Images of ‘‘The Turkish Woman,’’ (1998), Non-state Actors in the Human Rights Universe (2006); Human Rights Worldwide (2006); Human Rights in Turkey (2007, received Choice Award of Outstanding Academic Title); and The Uses and Misuses of Human Rights. 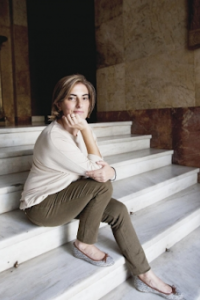 Chara Karagiannopoulou is an Assistant Professor at Panteion University- Athens. She teaches Comparative Politics, Gender and International Relations, as well as, Religion and International Politics. She holds a M.Th. degree in History and Philosophy of Religions from King’s College, London and a Ph.D. in Political Science from the Technische Universität Darmstadt, Germany. Since 2004 she is a member of the Scientific Committee in the Research Center for Gender Equality (KETHI). Among her recent publications are “Contemporary Armed Conflicts and the Issue of ‘Religious’ Violence”, Culture and Research, 2015. “Religion and Gender Equality: imprints of a conflictual relationship in the international arena”, In Changing Greece and the World: Ideas and Politics, University of Peloponnese, 2016 and “Religious Cleavage: An instrument of the Great Powers’ Foreign Policy towards Albania”, Albanian Journal of Politics, (2): 2009. Her research interests include: identity politics in IR; Gender and IR; Religion and IR. 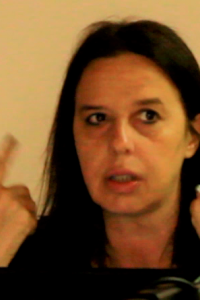 Katerina is the director of the Institute of Social Sciences and Humanities-Skopje, Macedonia and a professor of gender studies at the University American College-Skopje. She is also a visiting professor at the Faculty of Media and Communications in Belgrade: Postgraduate Program in Political Studies. In the past decade she has been one of the coordinators of several European research projects and academic networks: Gender, Migration and Culture in Europe FP7 project (coordinated the study of intercultural violence: 2008-2011), co-chair of the Network for Gender and Women's Studies in Southeast Europe (2004-2012) and a Course Director of the ReSET program in gender studies (2004-2006). In 2009, Kolozova was a visiting scholar in the Department of Rhetoric (Program of Critical Theory) at the University of California-Berkeley. She is the author of Cut of the Real: Subjectivity in Post-stucturalist Philosophy (New York: Columbia University Press, 2014), Toward a Radical Metaphysics of Socialism: Marx and Laruelle (Brooklyn: Punctum books, 2015). Kolozova is the editor of After the “Speculative Turn”: Realism, Philosophy, and Feminism (Brooklyn: Punctum books, 2016), co-edited with Eileen A. Joy, and has contributed to several collections such as Laruelle and Non-Philosophy (Edinburgh University Press) edited by Anthony Paul Smith and John Mullarkey, Superpositions: Laruelle and the Humanities (Rowman and Littlefield, 2017) edited by Rocco Gangle and Julius Greve and most recently the Post-Human Glossary (Bloomsbery Academic Press, 2017) edited by Rosi Braidotti and Maria Hlavajova. 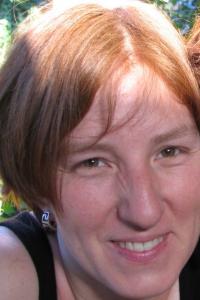 Andrea Krizsán is Research Fellow at the Center for Policy Studies since 2001, and associate faculty at the School of Public Policy of the Central European University where she teaches various gender and politics subjects. Her work focuses on understanding incentives and obstacles to progressive policy change in countries of Central and Eastern Europe in different gender equality policy fields. Her current research with C.M Roggeband looks at the politics of policy backsliding in times of crisis and forms of feminist resistance to such reversal. Her recent book with Roggeband analyzes domestic violence policy reforms in five Central and Eastern European countries. Further publications include articles in Politics and Governance, Violence against Women, Journal of International and Comparative Social Policy, Ethnic and Racial Studies, Social Politics, European Integration Online Papers, European Journal for Women's Studies, Journal for Ethnic and Minority Studies and chapters in several edited volumes. She edited among others a volume on women's movements mobilizing for policy change (2015), and co-edited one with J. Squires and H. Skjeie on institutionalizing intersectionality and the changing nature of European equality regimes (2012). Andrea has a PhD in Political Science from the Central European University.