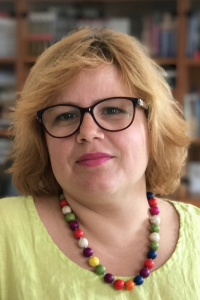 Enriketa Papa-Padelejmoni is an Albanian historian at the Department of History at University of Tirana. She has a PhD in History from the University of Graz. Her main research interests include contemporary history, social history, gender, communism and memory with focus on Albania. She is a co-author of the edited volumes, Myths and Mythical Spaces. Conditions and Challenges for History Textbooks in Albania and South-Eastern Europe (2018); The Call for Freedom. Studies on Totalitarianism and Transition in Albania (2016) and Albania. Family, Society and Culture in the 20th Century (2012). She has published several chapters on women and gender in Albania, gender issues and religion and on gender mainstreaming curricula in Higher Education Institutions in Albania. From 2016 she is part of an interdisciplinary EU HORIZON2020 Research Project “INFORM”, a project that brings together teams from nine European countries to conduct multidisciplinary social science research on formal and informal institutions in the Western Balkan societies in the fields of politics, economics and everyday life, as well as to track the influence of these institutions on the implementation of EU rules and regulations. 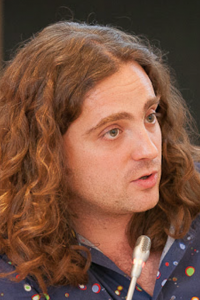 David Paternotte is Associate Professor in Sociology and Gender Studies at the Université libre de Bruxelles, where he is the head of the Atelier Genre(s) et Sexualité(s) and STRIGES, the ULB research network on gender and sexuality. He also chairs the Belgian French-speaking master in gender studies. His research focuses on gender, sexuality and social movements. After years spent on same-sex marriage and LGBT transnational activism, he examines activism against women’s and LGBTI’s rights in Europe today.   In addition to many articles and book chapters, he is the author of Revendiquer le “mariage gay”. Belgique, France, Espagne (Editions de l’Université de Bruxelles, 2011) and Anti-Gender Campaigns in Europe : Mobilizing against Equality (Rowman & Littlefield International, 2017, with R. Kuhar). He has served in many scientific organisations and is currently a co-editor of the series “Global Queer Politics” (Palgrave). 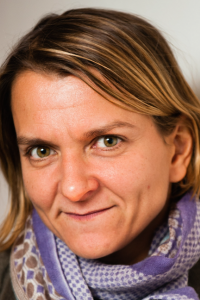 Hélène Périvier is researcher in Economics at the OFCE, Sciences Po. She is the director of the research and academic program on gender of Sciences Po, PRESAGE. Her research focuses mainly on social and family policies and gender inequalities in the labor market. She has coedited the special issue of the Revue de l’OFCE , published in 2014, European labour markets in times of crisis. A gender perspective. She has coordinated the European project EGERA, Effective Gender Equality in Research and the Academia (2014-2017). She currently works on three main research projects. The first one aims at measuring discriminations in hiring process and at evaluating the efficiency of blind auditions to tackle discriminations. It analyses the dynamic of gender inequalities by drawing on the case study of Orchestras and musical performance. In the same vein, she examines the relative importance of self-selection and external selection processes by studying the trajectories of male and female Science Po students who are eligible and qualified to partake in the concours, the competition for admission, at the École Nationale d'Administration (ENA). Finally, she works on an assessment of the French parental leave and sex inequalities in the work place in France. 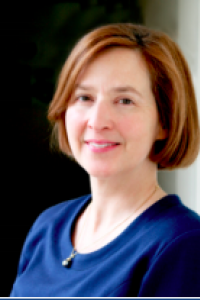 Susan H. Perry, a sinologist and specialist in gender and international human rights law, holds degrees from Brown, Yale and Oxford universities and the Ecole des Hautes Etudes en Sciences Sociales (University of Paris). She teaches law and politics at The American University of Paris and directs several of the university’s graduate programs.

Both a scholar and activist, Dr. Perry’s work focuses on vulnerable populations – women, children and communities in conflict – whose rights are being violated by the State, society or industry, often in breach of binding legal conventions. Dr. Perry is the co-founder and organizer of the French Senate Conference series on "Women, Culture and Development Practices", and has been invited to present her research on women’s rights at the JFK School of Government at Harvard, Berkeley, UCLA, UCR, Indiana University, the OECD and UNESCO. Her early publications include Eye to Eye: Women Practicing Development Across Cultures (ZED Books, 2001), as well as a special issue on "Women's New Development Paradigms" for Signs, the flagship journal on women's studies in the United States (University of Chicago Press, 2004). 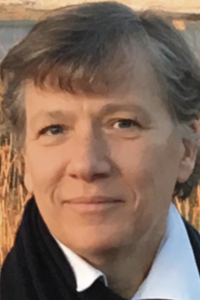 Holds a Master’s degree in Japanese studies from the Institut National des Langues et Civilisations Orientales (INALCO) and a Ph.D. in international relations from Sciences Po.  Lived in Japan for four years as a visiting fellow with the Department of International Relations, National University of Tokyo (Todai) and a grantee of the Japanese Ministry of Foreign Affairs.  Member of the advisory board of the Japanese studies journal Ebisu and co-editor of the Global Order Studies book series published by Routledge, London. Member of the Re-Thinking Europe in a Non-European World (RENEW) research network based at Oxford University. Contributor to working group 1 of the IDEAS project financed by the European Research Council. Member of the editorial board of Online Encyclopedia of Mass Violence, a Sciences Po-CERI electronic publication.