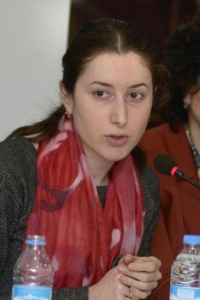 Sabedashvili holds an MA (2002) and a PhD (2002) in Gender Studies from Central European University, Budapest. She is Head of the Gender Studies Programme at Tbilisi State University, where she also teaches. Tamar Sabedashvili is Programme Specialist for the United Nations Entity for Gender Equality and the Empowerment of Women (UN Women) in Georgia. She is married and has one child. I am active both in academia as well as in the field of development – I am an Associate Professor at Tbilisi State University, heading MA program in Gender Studies that has been developed in close cooperation with CEU Gender Studies Department and Rutgers University. I also work in UN Women as Programme Specialist in the areas of ending violence against women and girls, women, peace and security and women’s economic empowerment. 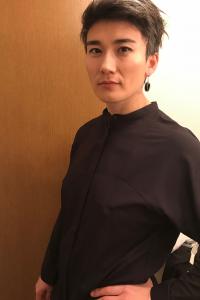 Zhanar Sekerbayeva is the co-founder of the Kazakhstan Feminist Initiative "Feminita". She is a feminist, powerlifter and poet. In her work she aims at expanding the concept of ‘gender’ in the general public discourse through activism by mainstreaming questions of gender identity in the academia. She graduated with Summa Cum Laude from the ‘Gumilev’ Eurasian National University in 2005, as well as from the ‘Lomonosov’ Moscow State University in 2009. In 2014 she enrolled at the European Humanities University (Lithuania) MA program in Sociology with focus on gender and culture, continuing now at the University of Tsukuba, Japan towards a PhD degree. Her doctoral dissertation focuses on the processes of regulating identities and “normalization” of transgender people in Kazakhstan and Japan, where she is interested in understanding how the gatekeeping practices of healthcare professionals may or may not be shaping the gender identities of transgender individuals as they seek legal affirmation. Her latest publication is a chapter in the “Women, Sport and Exercise in the Asia-Pacific Region: Domination, Resistance, Accommodation” edited by Molnar G., Sara N. Amin, Yoko Kanemasu, as part of the Routledge Research in Sports, Culture and Society series. 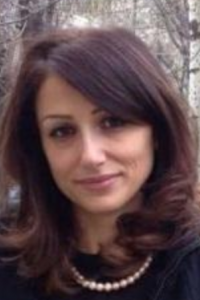 Gohar Shahnazaryan is an Associate Professor at the Department of Applied Sociology at YSU, and a Coordinator of MA program Women, Leadership and Development that was launched at YSU from September, 2015. In 2004 Ms. Shahnazaryan was a visiting scholar at the School of Public Affairs at Arizona State University. In 2008, 2009 and 2011 for one semester each year she has been a visiting scholar at the Institute of Slavic, Eastern European and Eurasian Studies at UC Berkeley through Open Society Institute Fellowship. She has been mainly affiliated with the Departments of Sociology and Gender Studies at UCB during my visits. For the past ten years Ms. Shahnazaryan coordinated a number of large-scale projects on women and gender issues. She is an author of more than fifteen articles on gender issues in Armenia. 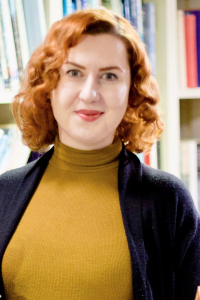 She works on feminist phenomenology and literary representations of women’s bodies. She is particularly interested in representations of women playing the hostess in domestic and public space and the cultural variation between such representations. She has taught at the University of Sussex and at City Lit, London. She sits on the Steering Committee of International Gender Studies (University of Oxford) and on the Advisory Board for the “Post-War Commemoration, Reconstruction, Reconciliation” Mellon-Sawyer Seminar Series, (University of Oxford).
Her current research interests include: feminist phenomenology; early 20th-century narratives of nationalist masculinity; gender performativity through embodiment and dancing; women as hostess/hero in modernist literature; “hybridity” between literature and phenomenology;  and literary representations of pregnancy, birth, and death. 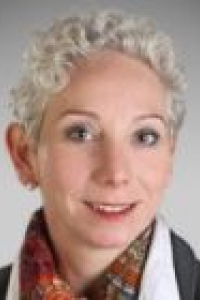 Dr. Claire Somerville is currently the executive director of the Gender Centre at the Graduate of Institute of International and Development Studies. An applied medical anthropologist by training she continues to pursue research in global health, systems innovation and technology; teach various courses and supervise students in the Development & International Studies MA programmes including applied research and qualitative methods and also delivers modules in executive education courses. In her role at the Gender Centre she leads on policy, outreach and strategy to advance the centre’s mission. Claire is also active in promoting women leaders in global health.