LEARNING FROM THE AFGHAN DEBACLE

Who’s to blame for events in Afghanistan? Partisan finger-pointing is inevitable, but not constructive. President Ashraf Ghani is ultimately responsible for the debacle, which was brought on by massive corruption that undermined the Afghan state and security services.

While Ghani is primarily responsible, the US is not exempt.

The George W. Bush administration was right to punish the Taliban, which gave sanctuary to Osama bin Laden and refused to hand him over. After collaborating with the Northern Alliance to vanquish the Taliban, Bush pivoted to  regime change in Iraq, which had no role in 9/11.

In Afghanistan, where the US spent $2 trillion over 20 years, Bush shifted from counterterrorism to nation-building. Transforming Afghanistan into a pluralist democracy was always a far-fetched goal.

Barack Obama won the 2008 election, promising to focus attention and resources on faltering US efforts in Afghanistan. He decided to deploy an additional 17,000 U.S. troops on February 17, 2009, adding to 68,000 US and NATO forces already there. The surge created an illusion of stability. However, the Taliban were playing a long-game, waiting for America’s resolve to falter.

Trump pledged to end US involvement in “endless wars”. His Special Envoy Zalmay Khalilzad negotiated a power-sharing agreement between Ashraf Ghani’s government and its opponents, as well as a timetable for withdrawing foreign forces. Trump exalted his "historic peace agreement."

Joe Biden inherited Trump’s deal, accelerating the removal of US forces. After spending $83 billion on Afghanistan’s security forces, US officials expected the Afghan army to resist, or at a minimum, slow down the Taliban’s advances.

This was a gross miscalculation. According to Peter Galbraith, a former UN special representative to Afghanistan, “The Taliban forces were significantly smaller than the government forces. They didn't have any of the modern weapons that the government forces had; they didn't have an air force. But the corruption was such that police and soldiers were not paid for months. They were not resupplied with bullets. They were not resupplied with food.”

Afghan security forces simply lacked the will to fight, surrendering without a shot when the Taliban offered money and safe passage. Nobody wanted to die in a war that was already lost.

Afghans lost confidence in Ghani’s government because it was rife with corruption. Services collapsed, with water and electricity increasingly intermittent. The experiment in nation-building unraveled quickly and completely.

What is the take-way from recent events?

The outcome is a terrible tragedy for the Afghan people. Young Afghans have never known the tyranny of Taliban rule. They are in for a rude awakening, as the Taliban consolidates its grip by closing schools and targeting Afghans who worked with the US. Women and girls are especially vulnerable.

Khalilzad negotiated deadlines for the withdrawal of US forces, even as the Taliban ignored red lines. Measuring progress by milestones rather than setting an arbitrary timetable is a fundamental rule in post-conflict transitions.

The US overestimated the capacity of local forces, pinning its policy on unrealistic expectations. Contingency planning failed to anticipate events that required the rapid withdrawal of US diplomatic personnel and the large number of Afghan partners. The failure of imagination in the final days did not affect the overarching bipartisan consensus to withdraw.

The extent to which the US and the Taliban reached an understanding may explain the relative lack of violence resulting from the fall of Kabul.

Ashraf Ghani’s bank account, and the accounts of other officials, should be scrutinized to assess their complicity. Sponsoring corrupt politicians never advances US strategic goals.

America’s moral authority has been tarnished, but that does not mean that the US should adopt a policy of international isolation.

Rather, the Biden administration should focus where the US can play a constructive role. US troops and treasure should only be spent where they are wanted and can be used for positive benefit. For example, the US shares values and strategic interests with Albanians in the Balkans and Kurds in Iraq and Syria.

An after-action analysis will measure the depth of the debacle. Afghanistan was a lost cause from the beginning. The US should focus future efforts where it is wanted and can make a difference.

Mr. Phillips is Director of the Program on Peacebuilding and Human Rights at Columbia University. He worked on post-conflict stabilization and peacebuilding as a Senior Adviser and Foreign Affairs Expert at the State Department during the Clinton, Bush and Obama administrations. 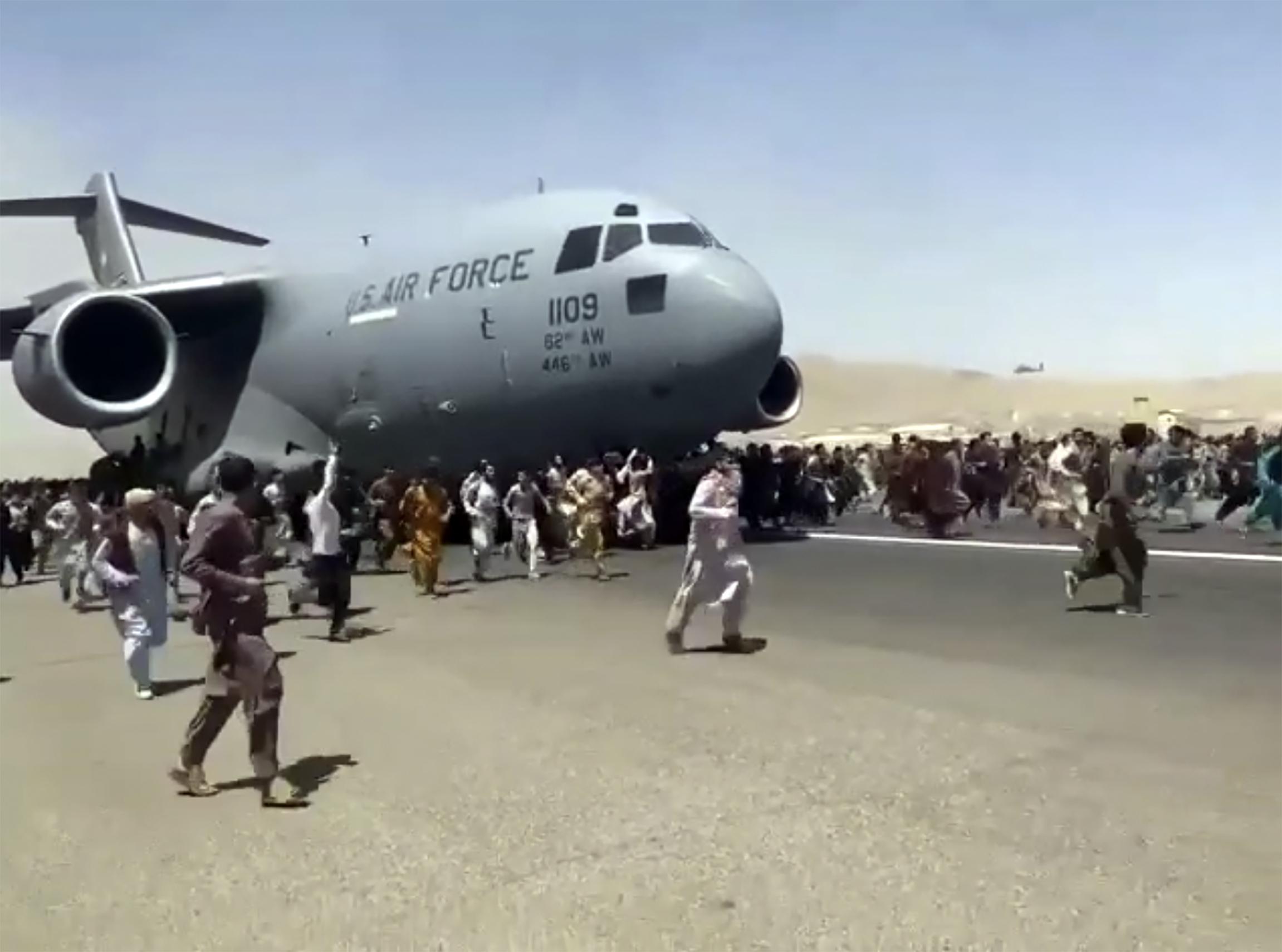 Crowds running alongside a plane on the runway of Kabul Airport, via Associated Press