Lila Abu-Lughod is the Joseph L. Buttenwieser Professor of Social Science at Columbia University where she teaches anthropology and gender studies. She is a former director of the Middle East Institute, the Institute for Research on Women and Gender, and the Center for the Study of Social Difference. A leading voice in the debates about culture, gender, Islam, and global feminist politics, her books and articles have been translated into 14 languages. Her scholarship, mostly ethnographic, has focused on the relationship between cultural forms and power; the politics of knowledge and representation; and the question of human and women’s rights, in the Middle East and globally. She is currently developing a project on religion and the reframing of VAW/GBV. Her award-winning books include Veiled Sentiments: Honor and Poetry in a Bedouin Society; Writing Women’s Worlds: Bedouin Stories and Dramas of Nationhood: The Politics of Television in Egypt (2005). Her most recent book is Do Muslim Women Need Saving? (Harvard University Press, 2013). A founding member of the Center for Palestine Studies at Columbia, she has also co-edited Nakba: Palestine, 1948, and the Claims of Memory. She regularly teaches undergraduate courses on “Gender, Culture, and Human Rights” and “Women and Gender Politics in the Muslim World” and graduate courses related to “The Subject(s) of Rights.” 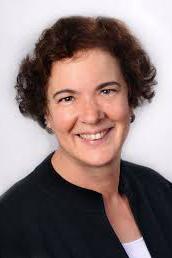