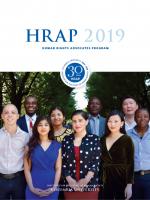 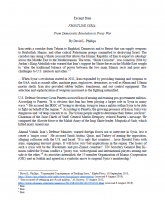 David L. Phillips' forthcoming book, Frontline Syria: From Democratic Revolution to Proxy War, will be published by Bloomsbury later in 2020. The following text is excerpted from the chapter titled “The Shiite Crescent”. 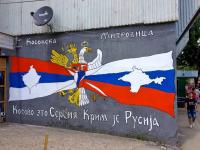 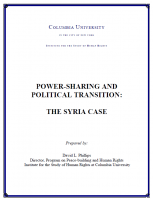 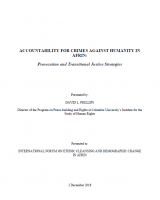 David L. Phillips delivered the report, "Accountability for Crimes against Humanity in Afrin: Prosecution and Transitional Justice Strategies" to the International Forum on Ethnic Cleansing and Demographic Change in Afrin on 2 December 2018. 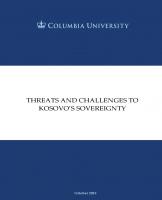 Threats and Challenges to Kosovo's Sovereignty
Institute for the Study of Human Rights
Friday, October 12, 2018

Threats and Challenges to Kosovo’s Sovereignty is a collection of essays from prominent scholars and opinion-leaders in Kosovo, Macedonia, Serbia, Greece, Turkey and the United States. Essays explore some of the most sensitive issues effecting Kosovo’s status and the way forward. The publication serves as a wake-up call. It is a warning to policy-makers and civic actors in directly affected countries, as well as leaders in Western Europe and the United States who are stakeholders in Kosovo’s secular, pro-western democracy. 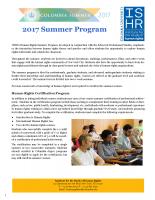 ISHR’s Human Rights Summer Program, developed in conjunction with the School of Professional Studies, emphasiz-es the interaction between human rights theory and practice and offers students the opportunity to explore human rights both inside and outside the classroom. 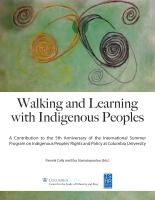 Walking and Learning with Indigenous Peoples
Institute for the Study of Human Rights
Tuesday, May 22, 2018

Edited by Pamela Calla and Elsa Stamatopoulou, the book is available via Columbia’s Academic Commons.

The book has been conceptualized to bring out the relevance of the UN Declaration on the Rights of Indigenous Peoples through an analysis of various thematic and geographical areas and case studies. It is written by alumni of the international Summer Program on Indigenous Peoples’ Rights and Policy that has been held at Columbia from 2013-2017. 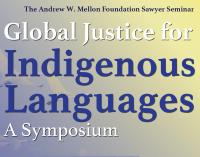 The international symposium was organized and co-sponsored by the Institute for the Study of Human Rights (Indigenous Peoples' Rights Program) and the Institute for Comparative Literature and Society in collaboration with UNESCO, the Secretariat of the UN Permanent Forum on Indigenous Issues and the Permanent Mission of Ecuador to the United Nations. Some 80 people from all regions participated in the Symposium which was held to support the 2019 International Year of Indigenous Languages. The Outcome Summary Document of the Symposium identifies challenges and good practices and make a number of recommendations to a variety of actors for future work in this area.