Nathan Lewin has engaged in trial and appellate litigation in federal and state courts for 40 years. As Assistant to the Solicitor General in the Department of Justice under General Archibald Cox and Thurgood Marshall, Lewin has argued 12 cases before the Supreme Court for the United States. Since entering private practice he has argued in the Supreme Court another 15 times. His Supreme Court cases have included the representation of banks and other commercial interests as well as criminal cases and issues of constitutional law. On leaving government service, Mr. Lewin was a founding partner of Miller Cassidy Larroca and Lewin, which was one of the nation's foremost litigation "boutiques" for more than thirty years. Mr. Lewin's individual clients have included Attorney General Edwin Meese III in an Independent Counsel investigation; former President Richard Nixon in the Supreme Court case testing the constitutionality of the taking of Presidential papers and tapes; actress Jodie Foster in the prosecution of John Hinckley; performer John Lennon in the successful appeal of his immigration case; Barnett Bank to establish in the Supreme Court the right to sell discounted trademark merchandise; and national Jewish organizations on religious liberty issues. He has been listed in Best Lawyers in America since its first editions in the areas of Criminal Defense, Business Litigation, and First Amendment Law, and was included in "Washington's Best 75 Lawyers" in the April 2002 Washingtonian magazine. 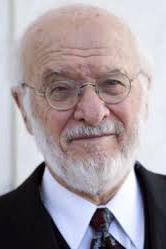