Reparations 2021 was sponsored by Columbia University's Office of the Vice Provost for Faculty Advancement who supported this event through the Addressing Racism Seed Grant Initiative.
The event brought together grassroots organizers, government representatives, researchers, and students to discuss local reparations efforts in the U.S. and consider ways to build strong partnerships moving forward. The conference created a space for individuals and organizations to learn from one another and grow in their efforts to secure racial justice at the local level.
Justin Hansford, Executive Director of the Thurgood Marshall Civil Rights Center at Howard University and Kamm Howard, Co-chair of N’Cobra, opened the program. Their discussion focused on the importance of racial healing and reparations. This was followed by a panel of reparation leaders. Nkechi Taifa, Founder, Principal and CEO of the Taifa group LLC. and an accomplished justice system reform strategist moderated the discussion.  Robin Rue Simmons, the Alderman from the City of Evanston, discussed her efforts to secure $10,000,000 for housing reparations. They were joined in conversation by Dr. Waymon Hinson, Black Farmers and Agriculturalists Association, who discussed his work on Black Farmers Reparations and Joe Womack, President and CEO of C.H.E.S.S., who discussed Africatown’s efforts to secure environmental justice. Kamm Howard discussed the broad efforts for reparations in the city of Chicago.
The afternoon provided an opportunity for individuals to participate in working sessions to share and collaborate on local redress efforts. The breakout groups focused on Politics, Legislation, & Litigation; Advocacy & Organizing; Research & Documentation; and Education & Awareness Raising. Several themes emerged during these breakout sessions, including the need to provide space for descendant communities to control their own narratives and the importance of historical truth-telling for correcting misinformation and advancing reparations work. The Network plans to continue these conversations with a conference series throughout the year and is in the process of completing a report detailing the findings of the Reparations 2021 Conference. 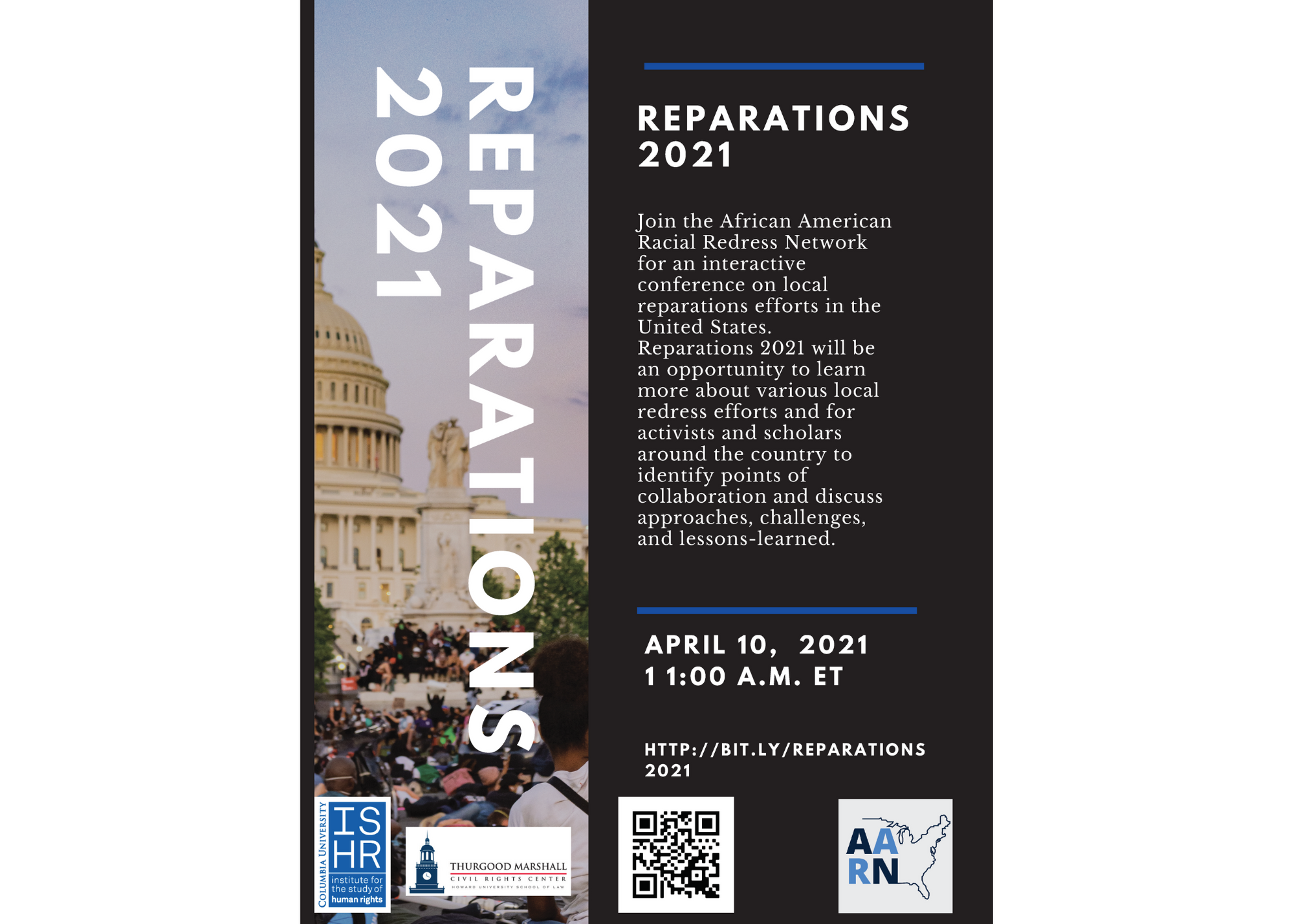