ISHR congratulates alumnus Shayna Halliwell on recently publishing a chapter in the book "Indigenous Peoples' Rights and Unreported Struggles: Conflict and Peace," which is a contribution of the Indigenous Peoples’ Rights Program to the Tenth Anniversary of the United Nations Declaration on the Rights of Indigenous Peoples.

Halliwell's chapter is entitled "The Responsibility to Protect Indigenous Peoples? An Analysis of R2P’s Potential Application in the Chittagong Hill Tracts of Bangladesh." There will be a panel discussion by the co-authors and a presentation of the book at this year's UN Permanent Forum on Indigenous Issues in April.

The full text is available here.

Halliwell is currently the Global Program Partnerships Manager for Right To Play International, an international NGO based in Toronto, Canada, that uses play to educate and empower children and youth to overcome the effects of poverty, conflict and disease in their communities and/or the communities in which they have become refugees. Her role is to manage all multi-million dollar, multi-national projects funded by the Government of Canada, and recently closed up an 8-country $25 million project that worked to integrate play-based methodologies into the Ministries of Education primary teaching curricula in Pakistan, Mali, Tanzania, Ghana, Benin, Mozambique, Liberia and Rwanda. Halliwell also has a hand in Right To Play's international Indigenous rights policy, leading a delegation to the UN Permanent Forum on Indigenous Issues last spring, as the organization also operates in 88 First Nations, Métis and Inuit communities within Canada.

Prior to her role with Right To Play, Halliwell worked in international development in a variety of settings but always with a focus on conflict resolution, Indigenous rights and ethnic minority rights. She completed her Masters in Human Rights Studies at Columbia in 2016 and focused primarily on the intersection of Indigenous rights and mass atrocity prevention, within the frame of the Responsibility to Protect doctrine. While completing her Masters and living in New York, Halliwell was a research fellow for Global Action to Prevent War and Armed Conflict in the UN Security Council. 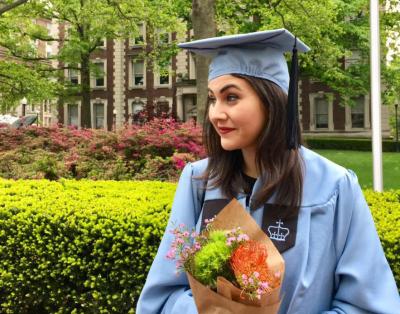