The following is an excerpt from the blog post written by Ginger Whitesell (pictured left), a graduate student at the School of International and Public Affairs, who volunteered with HRAP alumni Miriam Ruiz (pictured right) at the AIDS Healthcare Foundation (AHF) in Latin America and the Caribbean.

Advocacy and work in the HIV/AIDS space means working with and on behalf of a vulnerable population. In many places, HIV is considered a concentrated epidemic, primarily impacting sex workers and their clients, men who have sex with men, and intravenous drug users. When I joined 2006 Advocate Miriam Ruiz at the AIDS Healthcare Foundation in Latin America and the Caribbean, I knew I would be interacting with these groups. This meant visiting red light districts in Guatemala City.

The first was Zona Roja’s La Liñea, a red light district intersecting a poor neighborhood in Guatemala City. La Liñea is an installment of small, wooden rooms lining either side of an out-of-commission railroad line. The rooms are sparse rectangles, each fitting little more than a twin bed and a side table. The AHF staff I was with informed me that female sex workers pay to rent out the stalls during the day, with a greater trans feminine and male population taking over the spaces in the evening. Sex acts in this area cost 20 Quetzales, or approximately $2.50 each, with workers taking five to eight clients a day.

La Liñea’s functionality as a red light area is unmistakable. On our midday visit, men milled about up and down the street, peering into the occasional stall. One vendor, an older woman, pulled a rack full of lingerie down the street, calling out her wares and selling outfits to workers. Sex workers lounged around, most of them in various undergarments, standing or sitting outside their rooms to chat while they waited for their next clients. A few teenage boys were spotted passing through the zone on the way to their neighborhood, the entrance at one end of the low buildings, with two police officers positioned in front of it.

I walked around with AHF and spoke with the sex workers, giving them strips of free condoms and either an AHF calendar or poster bearing the line “Condones Son Cool” (Condoms are Cool) and information about the importance of regular testing. The women accepted these items graciously, some of them greeting the AHF staff with familiar smiles. I felt at ease in the atmosphere they created; it was clear that AHF had established a comfortable and trusting relationship with the workers in this area. The organization’s presence certainly drew stares, but they were not threatening, just observational.

Sex work is not illegal in Guatemala. Though it is not regulated, some areas are distinct in the high presence of sex workers that occupy them. In Guatemala, thanks in part to organizations like AHF, sex workers have an extremely low rate of HIV, less than .05 percent. The women I spoke with were well educated on the health risks of not using a condom and said they insisted on using them, even when clients offered them five to twenty times their typical rate to go without. They also described getting tested for sexually transmitted infections every one to four months at free clinics run by the Ministry of Health.

The sex workers face other issues though. Some clients become violent, and the sex workers don’t often have the support of local law enforcement when this happens. One woman described how the police refused to arrest a man after he broke her nose for refusing to have sex without a condom, simply because he was in the military. Her speech then lowered and she looked around hesitantly as she further described the daily extortion fees she paid to local gangs in order to stay in the area. We left shortly after, not wanting to make her feel endangered for speaking to us for so long. When I got back in the car, I felt a strange sense of relief, grateful and privileged that this wasn’t my reality.

When I later described some of my experiences to a new acquaintance, he commended my bravery and became inquisitive as to whether or not I had any fear about contracting HIV through the work I was doing. For him, an early image of Princess Diana came to mind, portrayed as a hero for having shook hands people with HIV. I said no, and he probed further, asking if I felt comfortable kissing the people I met on the cheek, as is custom throughout Latin America. His curiosity struck me, and it took me a moment to come out of my AHF bubble and remember that many people still do not understand how HIV is spread, this perceived contagion furthering negative stereotypes of people living with HIV and AIDS. I explained to the man how HIV is contracted and how to prevent the spread of the disease, and then I launched into the importance of the work of AHF.

Some of the activists I worked with told me they had HIV. One individual had been living with the disease for over 20 years. While I knew he had likely long dealt with the agony of having to tell others of his condition, I also felt highly aware of how my view of who this man was shifted with his small confession. We all have biases that are triggered when we meet someone. Sometimes we assign blame or put a wall of difference up between one another. Tragedy is easier to bear if we feel that it is something that could never happen to ourselves. But tragedy happens to all of us. It is part of the human experience.

In my eyes, the man I worked with was no longer just an activist. He was now a man in a two decades long battle fighting against HIV and AIDS, recruiting the world to his cause through education and policy, fighting for others like him who couldn't fight for themselves.

The AIDS Healthcare Foundation and other public health organizations seek to break down barriers between people, to humanize stigmatized groups, and to show the good that can result through collective action. When we come together, we can influence positive change. And if we're lucky enough, we get to see the effects of that effort first hand.

It was an honor to work for this commendable group. I look forward to working alongside and on behalf of people like this in the future. 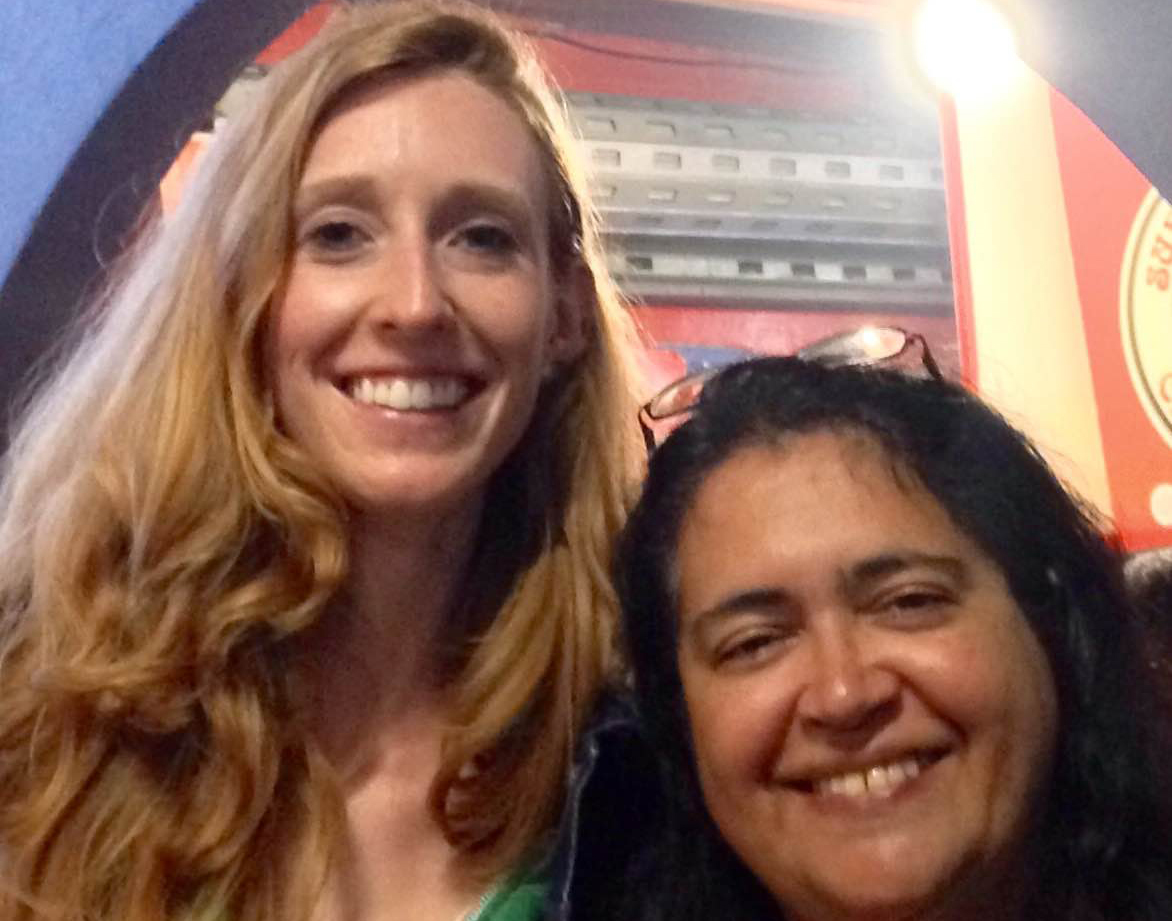