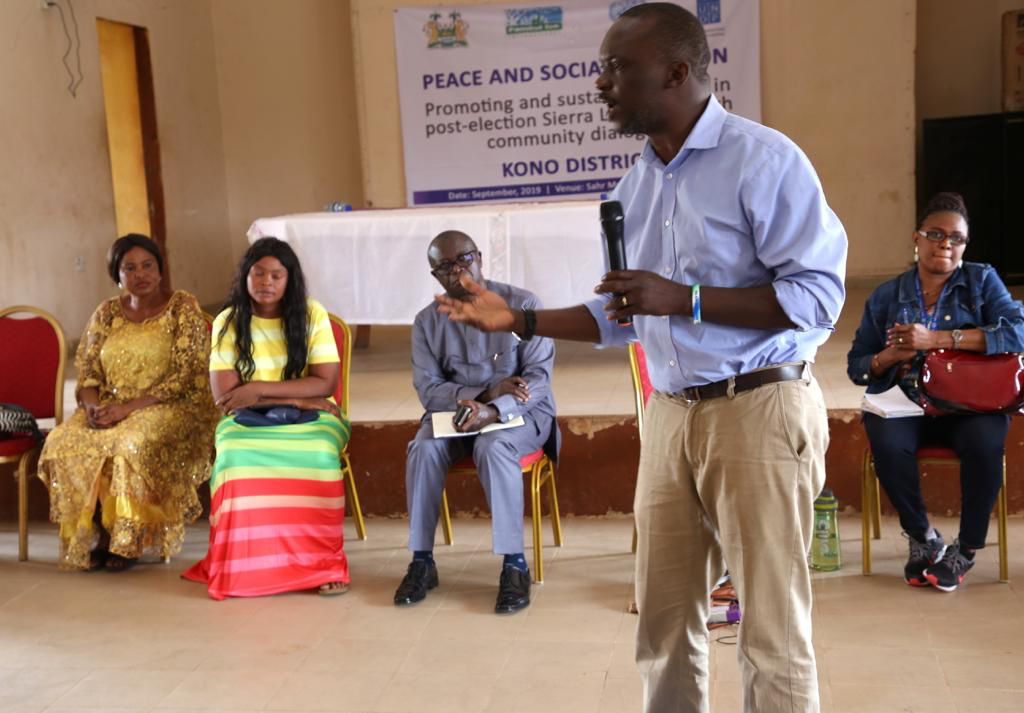 2007 Advocate John Caulker works on issues of natural resource policy, victims’ rights, and community building in his home country of Sierra Leone. When John joined HRAP, he was the executive director of Forum of Conscience (FOC), an NGO dedicated to advocacy on the role of diamond mining in Sierra Leone’s past war, along with the industry’s negative impact on the environment. When he was the national chairperson of the Truth and Reconciliation Commission (TRC) Working Group, Caulker pushed the federal government to create a war victims fund based on a portion of the sale of the country’s natural resources. John also mediated an agreement that allows members of the Amputees and War Wounded Association to participate in the TRC and Special Court processes.During his time in HRAP, John met Libby Hoffmann, founder of the foundation Catalyst for Peace. Together, they established Fambul Tok (Krio for “family talk”), a face-to-face community- owned program that builds upon Sierra Leone’s “family talk” tradition of discussing and resolving issues within the security of a family circle. The program works at the village level to help communities organize ceremonies that include truth-telling bonfires and traditional cleansing