Stuart Rockefeller is an anthropologist; his research involves Bolivians, both in Bolivia and Argentina. His first book, “Starting from Quirpini,” is about the local and transnational spatial practices of the people of the indigenous highland community of Quirpini. In the book, Rockefeller shows how their spatial practices play a crucial role in producing the places they move through, from houses to the Argentine border to the city of Buenos Aires. Currently, he is doing research in preparation for fieldwork on Bolivian immigrant participation in the vibrant social movements of Buenos Aires.

In the years since the Argentine economic collapse and social mobilizations of 2001-2002, many new avenues for social participation have opened up for Bolivian immigrants. In some cases, Bolivians claim a public voice as immigrants and as members of a culturally distinct community, but in others, they demand the right to participate as workers or neighborhood residents. This project investigates the kinds of subjects immigrants can and must become in order to speak to Argentine society. Rockefeller has also done work on folkloric representations of culture, the political possibilities of the MAS government in Bolivia, and the role of hearsay both in rural Andean society and in anthropological writing. Rockefeller received his MA and Ph.D. in Anthropology from the University of Chicago; he has recently taught at Haverford College and Fordham University. He is the board chair of the North American Congress on Latin America (NACLA). 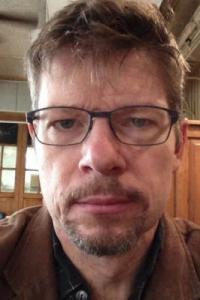