Mary Akrami is a 2009 graduate of HRAP. Since 2018, she has been serving as the executive director of Afghan Women’s Network, an organization that engages in peacebuilding and conflict resolution programs and provides training and mentoring on mechanisms on women’s engagement in political and community-based peacebuilding. She is a member of Afghanistan’s High Peace Council and the Selection Committee of Election Commission of Afghanistan.

Mary initiated the use of community-based peace shuras (councils) throughout Afghanistan to allow women to engage in conflict resolution at the local level. Mary says this served as a starting point for women’s inclusion in community-level decision-making.

Mary has been engaged in the fight for women’s rights since 2001. She is a founder and a former executive director of the Afghan Women Skills Development Center (AWSDC), an organization focusing on the rights of women affected by violence. In this capacity, Mary established the first shelter for women at risk of violence in 2003 and contributed to the establishment of Bost Family Restaurant, the first restaurant in Afghanistan which provides jobs for female survivors of violence and contributes to women’s economic empowerment. Her activism to fight violence against women lead to the approval and implementation of the Law on Elimination of Violence Against Women in Afghanistan in 2009.

Her work promoting women’s rights has been recognized at the global level on numerous occasions. In 2007, she was awarded the International Women of Courage Award from the U.S. Department of State, and in 2018, Mary won the N-Peace Award from the UNDP for her work promoting women’s rights. She has been a member of the South Asian Forum for Human Rights since 2013 and is a member of Frontline Defenders network in Afghanistan. 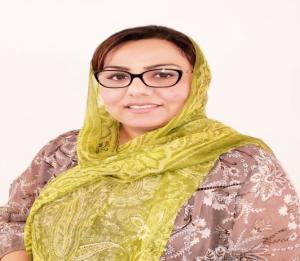