The Human Rights Advocates Program was the key point in my development from an activist with courage, enthusiasm, and a vision into a more professional human rights advocate with knowledge, experience, and self-confidence,” wrote 2000 Advocate Adrian Relu Coman. Adrian participated in HRAP when he was serving as the Executive Director of ACCEPT, a Romanian NGO that advocates for LGBTQ rights.

His is a story of personal advancement which he used constructively to better the lives of many. Benefitting from his new knowledge, skills, contacts, and funds, Coman went on to work for two more years with ACCEPT, years in which Coman successfully galvanized public support in order to pressure policy-makers to repeal an antigay criminal law and adopt an anti-discrimination law. Benefitting from HRAP’s fundraising and proposal writing classes, he also raised a significant amount of funding.

Eager to enrich his practical insights with a profound academic understanding, Coman completed a bachelor’s degree in human rights at the City University of New York in 2005. Two years later, he earned a master’s degree in human rights from Columbia’s Graduate School of Arts and Sciences. While in New York, Coman was the Program Director at IGLHRC (now known as OutRight International), where he supervised the organization’s work at the United Nations. Then, along with the Baltic-American Partnership Fund, Coman worked for four years in grant-making for civil society development in Estonia, Latvia, and Lithuania.

Coman served as the Parliamentary Assistant to Monica Macovei, Member of the European Parliament, and the EU-Moldova inter-parliamentary delegation, advising on matters of justice, human rights, internal affairs, anti-corruption, and democratic governance. His responsibilities were wide-ranging and included the drafting and negotiation of legislative amendments, speeches, and parliamentary questions, as well as coordination of public hearings and other events, including a campaign which resulted in the adoption of first anti-corruption declaration. 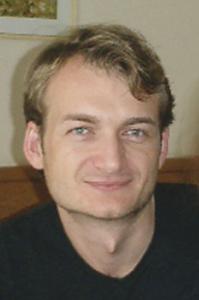