From 2006 -2012, Bauer was Senior Researcher at Business & Human Rights Resource Centre, where she was in charge of the Centre’s Asia work, and also specialized HIV/AIDS, women's human rights, and access to medicines globally.

From 1994 to 2005 Bauer was Director of Studies at the Carnegie Council on Ethics and International Affairs (New York), where she founded the Carnegie Council’s research programs on human rights and environmental values.  She also directed the fellows program, providing off-site fellowships for early career scholars and mid-career professionals. She was the Council’s Director of Japan Programs from 1991 to 1994 and before that held positions in banking, government affairs, and media.

Bauer was founder and editor of Human Rights Dialogue, a magazine published by the Carnegie Council from 1993-2005, featuring contributions from activists, scholars, and policy makers from around the globe working to put human rights theory into practice.  She is editor of Forging Environmentalism: Justice, Livelihood and Contested Environments (ME Sharpe, 2006), which provides original case material on values and environmental politics in China, Japan, India, and the United States, based on a five-year, multi-team research project.  She co-edited The East Asian Challenge for Human Rights (Cambridge University Press, 1999), also based on a collaborative project.  Bauer served as a contributing editor to the journal Ethics & International Affairs, editor of Dialogue OnLine, the on-line companion to Human Rights Dialogue, and has authored a number of articles, book chapters, and reports.

Bauer also serves as an adviser to a number of non-profits and projects, including Inclusive Development International, Accountability Counsel, Oxfam, the Business and Rule of Law Program at Singapore Management University, and the Center for Applied Legal Studies at the University Witswatersrand in Johannesburg.  Her research includes the following projects: National Action Plans on Business & Human Rights, Indigenous Peoples and the Extractives Sector; Investment Chain Mapping; the Effectiveness of Non-Judicial Grievance Mechanisms; Business and Human Rights Advocacy; and Benefit Corporations.

As an independent consultant, Bauer conducts research and program evaluation for foundations and non-profits, specializing in international and domestic human rights programs. She speaks frequently on topics in business and human rights and blogs for CSRWire and Open Democracy.  In 2012 was appointed a Research Affiliate of the Human Rights Institute, University of Connecticut. 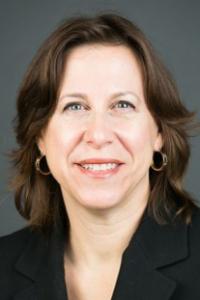