Toru Oga is an Associate Professor in International Politics, Faculty of Law, Kyushu University, Japan. He completed his MA in International Relations (2002) and Ph.D. in Ideology and Discourse Analysis (2005) at the Department of Government, University of Essex, United Kingdom. In 2008, he joined the faculty of Kyushu University. He was also a visiting scholar at St. Antony’s College, University of Oxford, and the Faculty of Asian and Middle Eastern Studies, University of Cambridge. His research interests include international relations, East Asian regionalism, and human rights regimes. His recent research has focused on human rights regimes in Southeast Asia, not least the networks of national human rights institutions (NHRIs) in Southeast Asia, specifically how the networks of NHRIs have influenced human rights policy making and advocacies in domestic politics by examining and comparing the ASEAN countries of Malaysia, Indonesia, Thailand, and the Philippines. 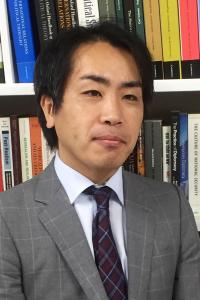