Ulrike Capdepón (Ph.D in Political Sciences, University of Hamburg 2011). She is an associate Researcher at the Institute of Latin American Studies (ILAS) of the German Institute of Global and Area Studies (GIGA). After leaving the graduate school, she has been a Marie Curie-Fellow at the Center for Human Science and Humanities (CCHS) of the Spanish National Research Council (CSIC) in Madrid, and a Postdoctoral Research Fellow at the University of Konstanz in the European Research Council Project “Narratives of Terror and Disappearance”. Her research interests include human rights policies, memory studies and transitional justice in Latin America and Spain, as well as national and international prosecutions of human rights crimes and enforced disappearance. In her new project, she analyzes the challenges and contradictions that arise in the application of universal jurisdiction in foreign tribunals as a mechanism for coming to terms with a repressive past. The current attempts to prosecute the crimes related to the Spanish Civil War and the Franco dictatorship in a court in Buenos Aires is one of her case studies. 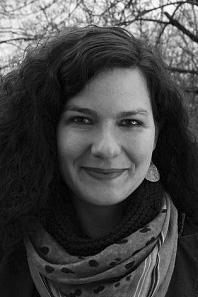