Khartoum – Sudanese deserve to be rewarded for overthrowing the dictator Omar al-Bashir. Without a peace dividend, the economy will remain stagnant and shadowy forces from the old regime may foment violence in a bid to restore their power and privileges. The Trump administration should lift sanctions and remove Sudan from the list of state sponsors of terrorism (SST).

US sanctions, imposed in 1993, did not deter Bashir from his evil deeds. Rather, sanctions allowed Bashir and leaders of his National Congress Party (NPC) to enrich themselves. Sanctions fueled corruption, while impoverishing the Sudanese people who chafed under Bashir’s rule.

Protests peaked in the spring of 2019 when the Forces of Freedom and Change took to the streets. Bashir ordered a crackdown, instructing his generals to kill one-third of the protesters. Two hundred and eighty people died and at least forty disappeared. As violence escalated, forces loyal to current Vice President Hemeti refused to participate in the carnage, protecting the protesters.

Bashir sits in a Khartoum prison pending trial by the International Criminal Court (ICC). He is accused of genocide in Darfur where more than a half million people were killed and millions displaced. The decision to send Bashir to the ICC is courageous and praiseworthy.

So is the decision by Prime Minister Hamdok to pay reparations to the families of US service members who were killed or injured when the USS Cole was attacked in October 2000. Sudan is renouncing Bashir’s terror ties. During Bashir’s rule, Sudan harbored Osama bin Laden from 1991 to 1996. Sudan was also implicated in bombings of the US embassies in Nairobi and Dar es Salam in August 1998. Addressing allegations of support for terrorism is prerequisite to being removed from the SST list.

The “new Sudan” is also taking decisive steps to repudiate Bashir’s dictatorship. After Bashir’s arrest, the interim government adopted a “transitional document” on 20 August 2019. It called for the creation of a Transitional Justice Commission and interim governing structures to guide Sudan from dictatorship to more democratic and accountable governance.

To date, however, the Supreme Council and the Council of Ministers have delayed launching the Transitional Justice Commission. People are impatient. Not only do they want trials for Bashir and his cronies, but they are also demanding jobs and economic development. Sudanese rightly expect benefits from the transition.

US officials share this hope. Some sanctions were removed in 2017 and steps are underway for the two countries to exchange ambassadors for the first time in twenty-three years.

Washington wants Sudan to entrench the rule of law and realize its economic potential. Flood plains of the Nile River could make Sudan the breadbasket of East Africa. Sudan is a resource-rich country with vast reserves of gold and minerals. Sudan can also play an important moderating role in the dispute between Ethiopia and Egypt over the Grand Ethiopian Renaissance Dam.

Not only is the “new Sudan” an opportunity for US businesses. Sudan is also emerging as an important security partner of the United States. Its counter-terrorism activities are gaining momentum and it has taken meaningful steps to prevent violent extremism on its territory. Sudan has also cracked-down on human trafficking.

Washington should proceed cautiously. US officials should learn from experience in Myanmar, where the Obama administration moved too quickly to lift sanctions and the Burmese junta was resurgent.

Removing Sudan from the SST list is a process to be measured by benchmarks. While negotiations for Sudan’s democratic transition are underway, the US should begin the delisting process.

To keep delisting on track, Sudan should adopt confidence building measures (CBMs). CBMs include the enforcement of money-laundering restrictions and banking reforms; establishing control over the gold sector that has been a major source of corruption; and, concluding peace talks with armed rebel groups that would involve security sector reform (SSR) and the disarmament, demobilization, and reintegration (DDR) of non-state militias.

Beyond sending Bashir to the ICC, transitional justice will require dismantling the NPC’s corrupt system. If Sudan’s national courts lack the capacity for accountability, the government should invite hybrid courts with international judges and prosecutors to work alongside Sudanese counterparts.

Sudan has suffered decades of dictatorship. It is time for the country to emerge from this dark period; stabilize conflict conditions; and normalize its international relations. Carefully calibrated steps lifting US sanctions and removing Sudan from the US list of state sponsors of terrorism are critical to peace and progress.

Mr. Phillips is Director of the Program on Peace-building and Rights at Columbia University’s Institute for the Study of Human Rights. He served as a Senior Adviser and Foreign Affairs Expert at the State Department during the Clinton, Bush and Obama administrations.

This article was originally published in the Sudan Tribune:  http://bit.ly/2V7PIlE 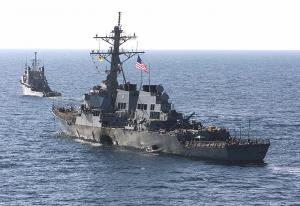