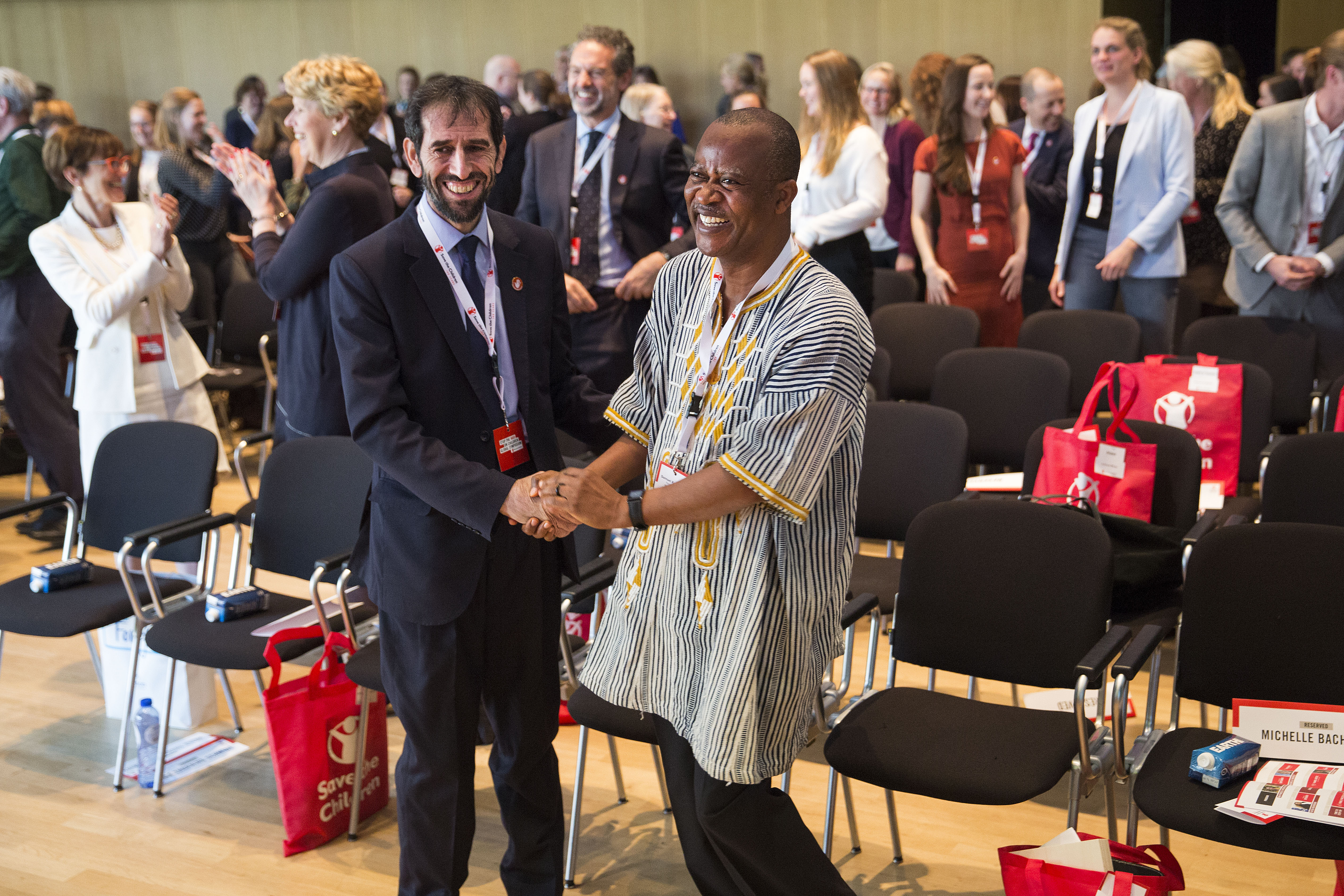 1994 Advocate Samuel Kofi Woods II is a Liberian journalist, academic, activist, and politician. In 1986, Woods began his activism as the student president of his university and a leader of the national student organization. After the outbreak of the civil war in 1989, Woods fled to Ghana. He returned to Liberia in 1991 to launch the Catholic Justice and Peace Commission, which became the country’s most prominent human rights organization. In the midst of the war, he wrote and distributed reports of human rights violations. He also established a radio program that focused on publicizing arrests and extrajudicial executions as well as educating citizens about their rights. In 1994, he founded the Forefront Organization to document the human rights abuses of the Second Liberian Civil War. In 1998, Woods was accused of sedition for exposing forced child labor in the country. Woods, his family, and his staff faced threats from government authorities, and many of his colleagues were murdered. Woods was forced into hiding and exile on multiple occasions. After the civil war ended, Woods served as the Liberian minister of labor and the minister of public works. Woods is pictured at the Stop the War on Children Global Symposium in 2019.