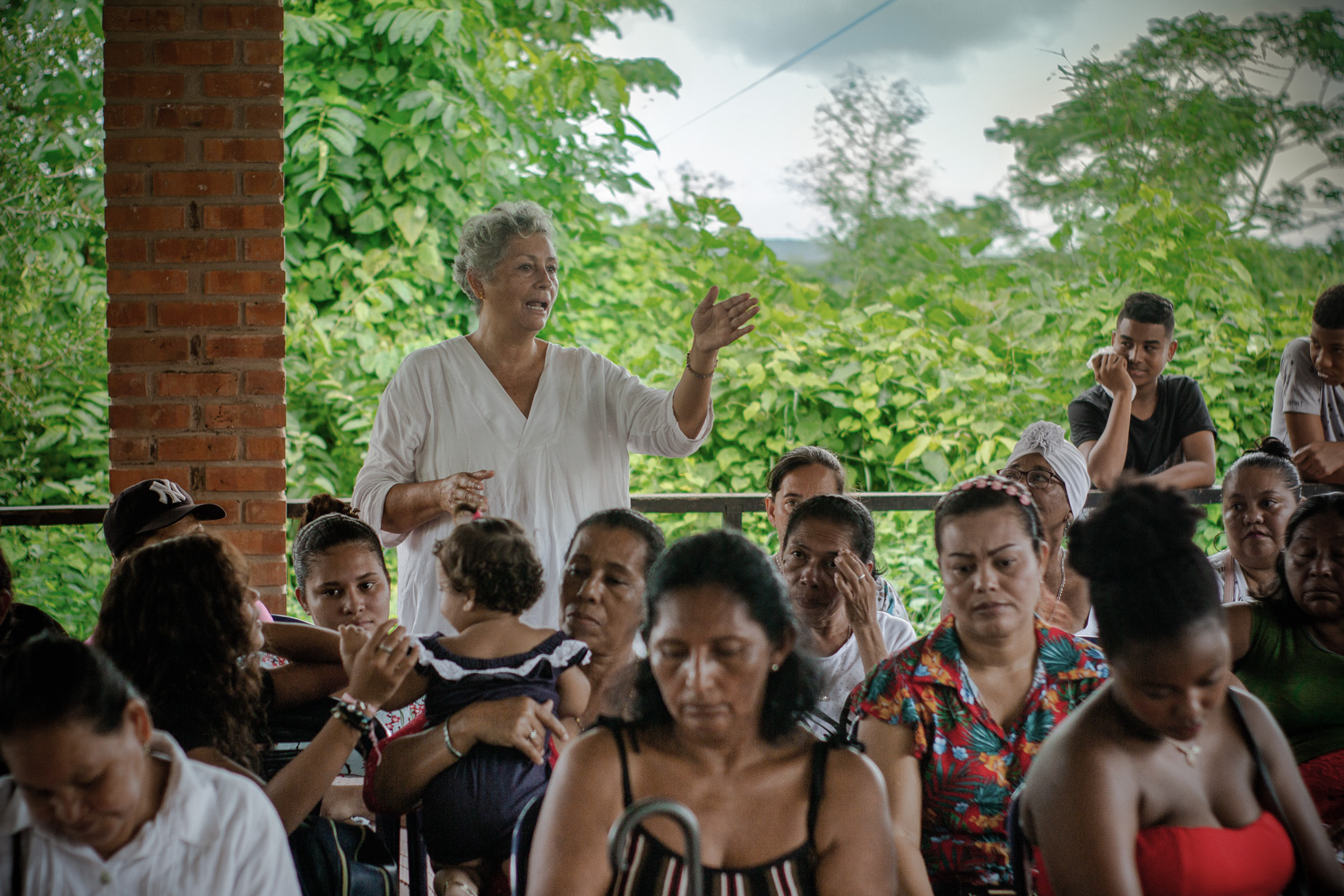 2003 Advocate Patricia Guerrero is the founder and director of the Liga de Mujeres Desplazadas, a nonprofit organization that advocates for the rights of women displaced by Colombia’s armed conflict. Patricia has represented the organization in front of the Inter-American Commission on Human Rights and the Colombian Government. She was also responsible for the construction of the City of Women (Ciudad de las Mujeres), which offers housing to displaced women and their families. Patricia serves on the ad hoc advisory committee of approximately 20 organizations and individuals as part of the International Campaign to Stop Rape and Gender Violence in Conflict with the Nobel Women’s Initiative. In this photo, Patricia leads a workshop at the City of Women.