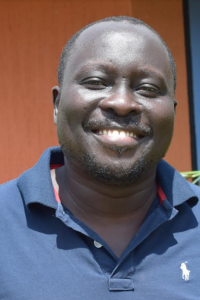 Growing up in Gulu, northern Uganda, Francis Nono’s entire childhood and adolescence were profoundly shaped by the Lord’s Resistance Army – Government of Uganda conflict that afflicted the entire region. In his current role managing the National Memory and Peace Documentation Center (NMPDC) of the Refugee Law Project, School of Law, Makerere University, he is at the center of Uganda’s post-conflict memory and memorialization work and a key player in how this relates to the national transitional justice process. He coordinates the NMPDC’s community and stakeholder engagements; spearheads support of memorialization processes like holding annual memorial prayers, documentation of past conflict events, community documentary screenings to catalyze public debates on transitional justice discourse; leads on artifact collection and museum development; and leads in curating both permanent and travelling testimonies/mobile exhibitions across conflict-affected areas in Uganda. 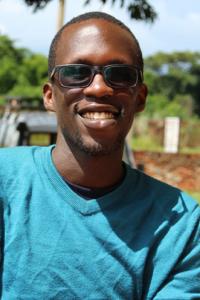 Oryem Nyeko works in Gulu, Uganda with the Justice and Reconciliation Project, where, as Communications and Advocacy Team Leader, he implements projects on peacebuilding and transitional justice in post-conflict northern Uganda. Currently he works on a project entitled, “Let’s Talk, Uganda” which is aimed at facilitating dialogue among young Ugandans on transitional justice and reconciliation. To this end, his work involves traditional and new media, and Oryem writes and blogs regularly on the various dimensions of dealing with the past in post-conflict settings. Oryem has also surveyed indicators for peace through the ‘Everyday Peace Indicators’ initiative.

As an AHDA fellow, the project Oryem plans to develop at Columbia is an oral history project designed to provide a space for ordinary Ugandans to share their perspectives on commonly told narratives around war, political transition and peace in Uganda’s tumultuous history.

Oryem is a Bosch Foundation Fellow. 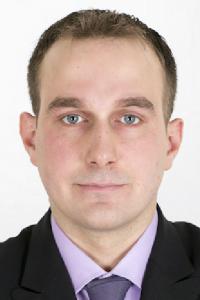 Pawel Nowacki joined European Network Remembrance and Solidarity (ENRS) in 2012. ENRS is an international organisation that seeks to facilitate the documentation and promotion of the study of 20th century European history with special emphasis on how it is remembered. ENRS's fields of interest center on dictatorial regimes, wars, and resistance to oppression. Through supporting academic research, educational, and promotional activities with international partnerships, the Network contributes to building better relations between European societies and facilitates historical exchange and debates. Mr. Nowacki’s responsibilities include organising and implementing international projects that contribute to these larger goals. At the moment he is responsible for key ENRS’s projects such as: European Remembrance International Symposium of European Institutions dealing with 20th Century History, Sound in the Silence Youth Project, and Remembrance and Solidarity - Studies in 20th Century European History.

Mr. Nowacki graduated from the University of East Anglia in Political Science in 2004 and Collegium Civitas in International Relations in 2007. He specializes in project management and grant programs, and has had extensive life and work experiences in England, Germany, China, and Taiwan. Prior to joining ENRS, he served a secretary to the Polish Year in Israel 2008–09 and later worked on the national cultural programme during Poland’s EU Presidency in 2011. As an AHDA fellow, Mr. Nowacki will develop a project that explores how European countries use 20th century history as a policy making tool during identity and financial crises. He is particularly interested in enabling younger generations to understand the ways in which collective memory is used to explain historical trauma, and the impact that these explanations have on contemporary society.