There exists little knowledge about the experiences of male victims of sexual violence, and even less about its connection with norms governing masculinity and power in the context of armed conflict. This intersection deserves attention, both in order to address male experiences of victimhood, and to bring about a more inclusive understanding of the gendered component of sexual violence in conflict (SVC). This paper looks at data gathered on male and female victims of sexual violence in Eastern DRC in March 2010 and discusses a number of assumptions regarding the crime of SVC, such as social stigma and the victim-perpetrator stereotype. Its objective is to highlight the need to transcend conventional societal perceptions of SVC, and by avoiding simple narratives, adopting a more nuanced understanding of its victims, perpetrators, causes, and consequences. This study thus seeks to allow for a more dignified victim response, and in a more general sense, hopes to take steps to engage the human rights framework with rights issues concerning gender and sexuality. 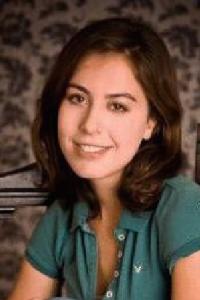 A New Conception of the Citizen: Reconciling the Space between Tribal Sovereignty and U.S. Citizenship

For the past two centuries, Native Americans in the United States have been collectively (and sometimes unwillingly) naturalized as American citizens, putting all Native American nations under the jurisdiction of the American government and preventing them from attaining full sovereignty. These circumstances lead to questions about the nature of the citizen-state relationship between a government and its indigenous bodies, which can be answered in the frame of the conflict between Native American tribes and the U.S. government: What are the implications of a citizen-state relationship where the citizen does not care to be a citizen? In what ways might citizenship be considered detrimental to a person or group? How has the new international discourse of human rights and rights of indigenous peoples affected conceptions of state and citizen? How will the increasing political presence of indigenous groups affect the current relationship between state and citizenship? This paper will address these questions in the context of the United States’ relationship with Native Americans and will attempt to provide solutions to the problems posed by the ambiguous space of citizenship of indigenous peoples.

Sexuality and “Right to Privacy” in Bowers and Lawrence

The “right to privacy” has been a mainstay of human rights discourse, most notably in Article 12 of the 1948 Universal Declaration of Human Rights and in a variety of state constitutions and legal codes. How this “right” is understood and legally operationalized, however, varies given time and place and especially when it intersects with different domains, such as sexuality. The legal and cultural understandings of privacy are key to conceptualizations of the individuals and groups allowed the benefits of rights affirmations and protections based on this principle. Unexamined assumptions about sexuality can also shape legal interpretations that, far from being neutral and objective, often invoke normative assumptions that constrict ideas of what individuals or dimensions of sexuality fall within the privacy sphere. Two significant U.S. Supreme Court cases addressing anti-sodomy law serve as instructive case studies of the way the principle of privacy has been invoked concerning rights pertaining to sexuality, and in particular, how conceptions of sexual rights can be both bolstered and narrowed by this principle. In analyzing the cases Bowers v. Hardwick (1986) and Lawrence v. Texas (2003), this paper explores how Constitutional understandings, “folk” ideas about sexuality, and other contextual factors interacted to determine whether and to what extent state intrusion in consensual adult sexual behavior was perceived as a violation of an individual’s right to privacy.

Challenges in the Interface between the State, Indigenous Peoples, and Bilateral Aid: the Philippine Department of Education, the Lumads of Mindanao, and AusAID

Nation-states problematically define their political relationship with indigenous peoples as predicated on ambiguities pertaining to the nature of sovereignty, self-determination, identity, and culture. These prevailing ambiguities are manifested in a colonial anxiety that forcefully works upon indigenous peoples. I reflect on the ambiguities of these concepts as they are articulated in choking entanglements for the Lumad peoples of Mindanao within a colonial institution—the Philippine Department of Education—supported by bilateral intervention and the neoliberal politics of Australian foreign aid.

ope Pius XII, Rights Talk and the Dawn of the Religious Cold War

From the early 1940s, Pope Pius XII began to advance an important language of rights, which denoted a new way of understanding church-state relations, and a new way of characterizing the leading friends and foes of the Catholic Church. His rights talk influenced lay Catholics in both the United States and Western Europe, by providing them with a framework for underwriting both the Allied cause in the Second World War and the Cold War consensus.

Patterns and Advantages of Community-Based Resistance to Land Grabs in Madagascar and Ghana: What Lessons can be Learned for Sub-Saharan Africa as a Whole?

In this paper, I identify patterns of community-based resistance to land grabs by looking at two cases of successful resistance – resistance to the 2007 BioFuel Africa deal in Ghana and resistance to the 2008 Daewoo Logistics deal in Madagascar. I argue that community-based resistance is important because land grabs have severe negative effects on the local population, including dispossession of land, food and water insecurity, and lack of compensation; because the current drivers of the land grabbing phenomenon will continue to drive land grabs in the future, including food insecurity in wealthy developed nations, demand for biofuels, speculative investing in land, and FDI-attractive reforms in host countries; and because nascent top-down remedies for populations affected by land grabs, including international monitoring, host government regulation of foreign land investors, and transnational legal action, are not able to address the land grabbing phenomenon in a timely manner. The patterns of community-based resistance that I identify are the importance of individual leadership, NGOs, and dissemination of information in mobilizing the population against a land grab. These will be important in mobilizing resistance to the growing threat of land grabs.