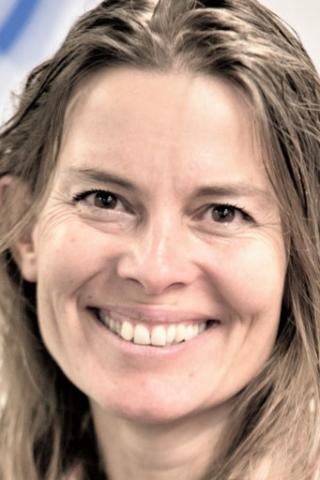 Ulia Gosart (Popova) is a social policy analyst, who examines the impact of institutional constrains on policies concerning populations with the status of indigenous peoples, and indigenous political representation.

Gosart is a descendent of Udmurts, indigenous people of the south-eastern Siberia (Russia), and was born in the former Soviet Union.

Gosart holds a PhD from the University of California, Los Angeles. Her scholarly work emerged from her advocacy, beginning with her service to an indigenous organization from Russia, LIENIP (2004-2009), and her ongoing collaboration with indigenous politicians and scholars from North America and former Soviet states. 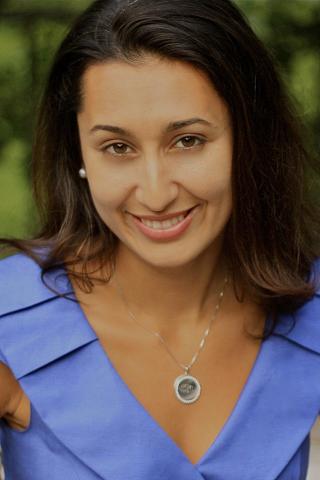 Cristiana Grigore is a Fulbright scholar of Roma (Gypsy) ethnicity from Romania who graduated from Vanderbilt University in International Education Policy and Management in December 2012. Since then she has been a Research Scholar at Bard College, New York. She frequently writes and speaks about Roma in a global context. Her experiences have been featured by the International New York Times, CNN, Voice of America, NPR, Al Jazeera America etc. In 2007, Cristiana received a B.A. from Univ. of Bucharest, Romania, in Psychology. She co-founded a nonprofit organization, Link Education and Practice (LEAP), which promotes non-formal education to improve employability. Cristiana began to study ballet in graduate school, which fulfills her need for athletic and artistic expression.

Penelopa Gjurchilova, PhD., LL.M., MPA is a Macedonian lawyer, diplomat, consultant, and lecturer. She holds a Ph.D. in EU Law from the European University Institute in Florence, Italy, awarded in 2004, and a Masters in Public Administration as Kokkalis and Mason Fellow from Harvard Kennedy School of Government in 2007. She also earned an LL.M. as Fulbright Scholar from the Law School of the University of Connecticut in 1995, a law degree from the University Cyril and Methodius in 1993, and a B.A. in International Relations and Diplomacy from the American College of Switzerland in 1992. She has worked as an associate attorney in a New York City law firm and as a diplomat for the Macedonian Foreign Service.