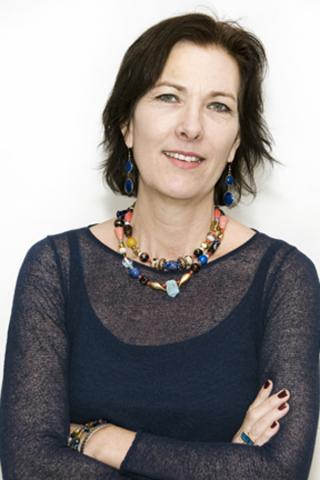 Victoria Sanford is professor and chair of anthropology and founding director of the Center for Human Rights and Peace Studies at Lehman College. She is a member of the anthropology doctoral faculty at the Graduate Center, City University of New York.  She holds a doctorate in Anthropology from Stanford University where she studied International Human Rights Law and Immigration Law at Stanford Law School. She is the author of Buried Secrets: Truth and Human Rights in Guatemala  (2003), Violencia y Genocidio en Guatemala  (2003),  Guatemala: Del Genocidio al Feminicidio (2008),  La Masacre de Panzos: Etnicidad, Tierra y Violencia en Guatemala (2009), and co-author of the Guatemalan Forensic Anthropology Foundation's report to the Commission for Historical Clarification (the Guatemalan truth commission). She is co-editor (with Katerina Stefatos and Cecilia Salvi) of Gender Violence in Peace and War ~ States of Complicity (2016). She is also co-editor (with Asale Angel Ajani) of Engaged Observer: Anthropology, Advocacy and Activism (2008). In August of 2012, she served as an invited expert witness on the Guatemalan genocide before Judge Santiago Pedraz in the Spanish National Court’s international genocide case against the Guatemalan generals. She recently won the University of California Press Public Anthropology competition for her latest book project –The Surge~Central American Border Crossings in the United States, 1980-2015. She is currently  completing Bittersweet Justice: Feminicide, Impunity & Courts of Last Resort. She is recipient of many awards including the John Simon Guggenheim Fellowship, MacArthur Consortium Fellowship, United States Institute for Peace Fellowship, Harvard University’s Radcliffe Institute for Advanced Studies Bunting Peace Fellowship, Virginia Foundation for the Humanities Fellowship and three Fulbright Fellowships among others.

Nina Schneider holds a PhD in History from the University of Essex, United Kingdom. She specializes in contemporary Brazilian History, processes of historical redress and accountability in Latin America, politics of memory, and propaganda. Her new project investigates Brazil’s politics of historical redress from an entangled perspective. It pays special attention to the recently instated Brazilian Truth Commission and the dynamics between civil society, different state agents and the international community. Her recent publications include: ‘Breaking the Silence of the Military Regime: New Politics of Memory in Brazil?’, in the Bulletin of Latin American Research, and ‘The Supreme Court’s recent Verdict on the Amnesty Law: Impunity in Post-authoritarian Brazil’, in the European Review of Latin American and Caribbean Studies.