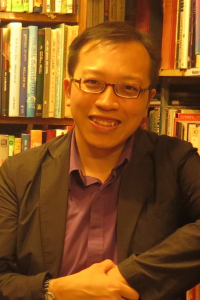 Simon K. Li is the Executive Director of the Hong Kong Holocaust and Tolerance Centre. He has researched and taught about upstanders and the broad category of bystanders for a variety of organizations including the Anne Frank House (The Netherlands), Facing History and Ourselves (USA), Yad Vashem (Israel), Taipei Women’s Rescue Foundation (Taiwan), the Shanghai Jewish Refugees Museum (China), and the Red Cross (Hong Kong). His doctoral research examines ordinary citizens’ use of private probes as strategic resistance against bureaucratic cover-ups. In addition to these academic pursuits, he is the co-host of a weekly Cantonese-language history radio program on historical archives and declassified records with the former Director of the Government Records Service of Hong Kong. Previously an investigative journalist and broadcaster, he was a summer host of the Canadian Broadcasting Corporation’s flagship morning current affairs radio program The Current. As a Historical Dialogue & Accountability Fellow at Columbia University’s Institute for the Study of Human Rights, Simon will be investigating the forgotten Chinese victims in the Holocaust, in the hope of uncovering their buried World War II history  and contributing to making sure that this memory does not die. 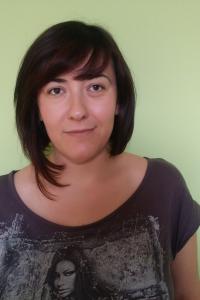 Jasmine Lazovic is a founder and program associate of the Belgrade-based non-governmental organization Center for Public History.  After she graduated journalism at the Faculty of Political Sciences, she obtained an MA degree in international humanitarian law and human rights. First professional experience she gained during the internship conducted at the International Criminal Tribunal for the former Yugoslavia in Netherlands in 2008/2009. Through her engagement at the Youth Initiative for Human Rights she mainly worked on transitional justice programs, dealing the past and regional cooperation. She was engaged in advocacy campaign for the establishment of the Regional Youth Cooperation Office in the Western Balkans. She is an alumni of the Robert Bosch Stiftung and Center for Comparative Conflict Studies. In 2014 she participated in a professional exchange between Kosovo and Serbia, supported by the Balkan Trust for Democracy. Since 2014 she has been a member of the trans-European network of memory practicioners - Memory Lab. 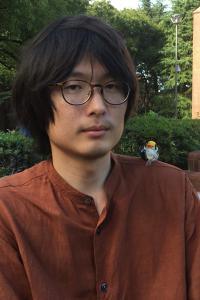 Sunji Lee holds a PhD in education at the Tokyo University in Japan. He currently works as a research fellow for young scientists in Japan Society for the Promotion of Science. He has an expertise in teaching undergraduate students at a number of universities. He taught the courses “Philosophy of Education”, “History of Education.” He applies his long-standing inerest in the education of earthquakes, world war, and the damage from atomic bombing in Japan. He plans to develop a project proposal that will focus on the school trip to Fukushima. 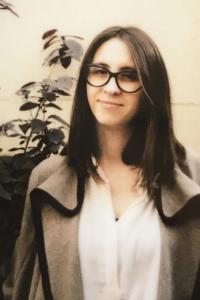 Lura Limani is an editor, writer, and researcher based in Prishtina, Kosovo. She is the editor-in-chief of Prishtina Insight, an English online magazine published by the Balkan Investigative Reporting Network (BIRN) in Kosovo. For the past ten years Lura has worked as a journalist, writer, translator, researcher, and editor in Kosovo and Germany. As the editor of Prishtina Insight, she has managed the transition of the biweekly newspaper to an online platform that offers in-depth interactive stories about Kosovo and the region. She also contributes as an editor to the independent zine Lirindja and as a research affiliate to the Kosovo Oral History Initiative.

As an AHDA fellow, Lura will develop a multi-media oral history project about Kosovo and the fall of Yugoslavia. Titled “1989”, the project focuses on memories of the 1989 crisis of Yugoslavia as it unfolded in Kosovo through a television documentary and a book of first-hand recollections.

Lura is a Bosch Foundation Fellow. 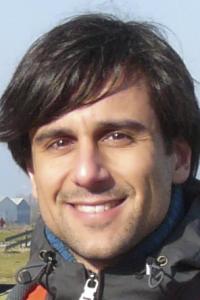 Oriol López-Badell is the coordinator of the “European Observatory on Memories” project, which is supported by the University of Barcelona Solidarity Foundation. The Solidarity Foundation seeks to encourage social responsibility, to foster initiatives for defending democracy, peace and human rights, and to promote social action through various projects and community outreach. Previously, Oriol worked as an historian and officer of international relations in the Memorial Democratic, a public institution devoted to implementing policies to recover democratic memory in Catalonia (Spain). Oriol also coordinated the project www.memoriabcn.cat, a website and an app for smartphones designed to disseminate information about sites of memory in the city of Barcelona. This project was led by the Knowing History Association with the support of the Spanish government and Barcelona City Hall. Oriol is the author of Transitioning: Five Citizen Initiatives to Achieve Full Democracy, (published in Spanish and Catalan languages); and he has participated as a lecturer in conferences and workshops worldwide. He is a graduate in History and postgraduate in History and Communication from the University of Barcelona. He also followed an intensive course on Truth Commissions through the International Center for Transitional Justice.

Oriol’s project for the AHDA Fellowship will focus on creating intergenerational dialogues with witnesses of Spain’s military dictatorship following the Spanish Civil War. He will bring together Civil War combatants of different ideologies, exiles and activists who participated in the transition to democracy. These dialogues will be accompanied by a guided tour of memory sites in the city of Barcelona, with the objective of giving the community the tools to remember the origins of today’s democracy and by doing so reinforce the foundations of a democratic society.

Daphne Lappa has been working for the multi-communal Association for Historical Dialogue and Research in Nicosia, Cyprus, where she holds the position of Research Officer since 2011. Ms. Lappa’s research interests evolve around the theme of coexistence in diversity, namely how religiously and ethnically diverse communities managed to live alongside in the pre-modern and modern era. She has extensive experience in the fields of social and cultural history and has worked with archival material of diverse periods and nature. She is also especially interested in the use of new technologies in history as a way of minimizing the gap between academic and public history. Ms. Lappa has studied history at the Universities of Crete and Athens, Greece. As an AHDA fellow, Ms. Lappa will work on the development of a series of graphically powerful and user-friendly on-line interactive maps that will provide a visual, alternative narrative of Nicosia as a shared and contested space (both religiously and ethnically) in the late 19th and 20th centuries, in an effort to redress the multiple fragmentations that the city’s body and memory have undergone. 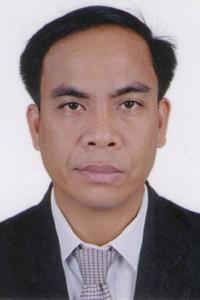