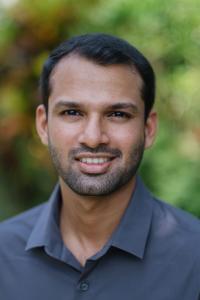 Since 2017, Johann has been working for HistoricalDialogue.lk; a project implemented by the German Development Cooperation where he oversees and coordinates multiple initiatives aimed at forging a culture of historical dialogue and memory in Sri Lanka. A few such initiatives are the Memory Walks; guided tours of neighborhoods aimed at discussing politico- historical narratives and the traveling museum; ‘It’s About Time’ designed to offer alternate and plural narratives of the island’s history. Having witnessed the historical and contemporary trend of using identity as a political weapon, and sporadic eruptions of ethno-religious tensions, he is personally and professionally committed to developing organic approaches of dialogue, critical thinking and historical perspective. In 2018 he was selected to participate in the Truth, Justice and Remembrance seminar organized by the Bosch Stiftung. Johann has a Masters in Sociology of Education and B.A in Sociology. As an AHDA fellow his objective is twofold- first to sharpen his understanding of the archive as a political tool towards truth-telling and multiple narratives and second to develop a radio programme that invites multiple voices to express their authentic views and engage in dialogue. 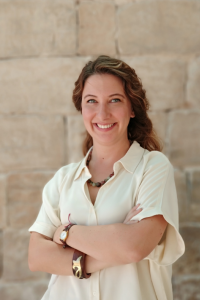 Banu Pekol’s work focuses on peacebuilding in relation to contested cultural heritage. She has worked as a full-time Assistant Professor and has a decade of experience with different cultures at numerous heritage sites. As the Cultural Heritage Manager at the Association for the Protection for Cultural Heritage, her work spans cultural heritage research and projects that develop creative and research-based results, specializing in cultural diplomacy, heritage interpretation and management.
Banu’s current research brings together conflict resolution studies and contested heritage management that will serve as a guide for the future, especially in continuing times of political precarity. She is a trainer in the 2020 European Diplomatic Programme, an elected member on the Advisory Council of the Global Diplomacy Lab and a BMW Responsible Leader. 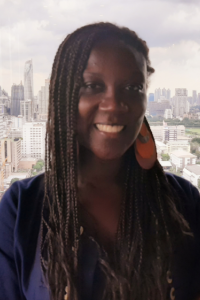 Thaís Rosa Pinheiro is a researcher and founder of Conectando Territórios, a travel agency that brings education and connects people to Afro-Brazilian history, culture, traditional and urban communities, with the aim of creating dialogue, breaking stereotypes and prejudices. Thais leads guided tours in the Little Africa region of Rio de Janeiro and open discussions about the uncovered African slavery history of heritage sites, such as Valongo Wharf. She organizes international dialogue events connecting the African diaspora and different ethnic groups. Thaís has a Master’s degree in Social Memory from the Federal University State of Rio de Janeiro, Certificate in Peace Studies and Conflict Resolution (Chulalongkorn University, Rotary Peace Alumna), Specialist in African and Afro- Brazilian History (FACHA) and is a Young Leaders of the Americas Initiative (YLAI) alumna. For more than 7 years she has been researching quilombola communities, ethnic boundaries and community-based tourism in Brazil. Her works span from projects in cultural heritage to creativity and vídeos. Her main fields of interest are cultural studies, education, dialogue, international cooperation, implementation and evaluation of public policies. 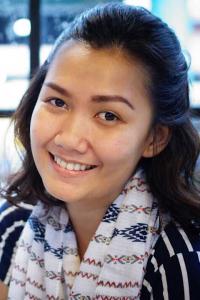 Kartika Pratiwi was born in Indonesia and graduated with a Masters’ in Cultural Studies. She has been an independent researcher with an interest in narrative discourse about the 1965 genocide in Indonesia and Chinese-Indonesian issues.

Since 2008, Pratiwi was part of Kotakhitam Forum – an independent organization, dedicated to research, workshops and documentary movie production for social and political changes. During that time, she was involved in producing video archives on Indonesian political history and collective memory as well as the documentary film, Api Kartini (2012). With Kotakhitam Forum, Pratiwi regularly runs projects to facilitate history teachers and youth to use popular media as a learning tool in schools.

Since 2015, she has worked for EngageMedia, a non-profit organization that provides strategies for the effective use of video distribution, connecting video makers, journalists, and activists. In 2017, Pratiwi also served as a John Darling fellow at the Herb Feith Foundation. 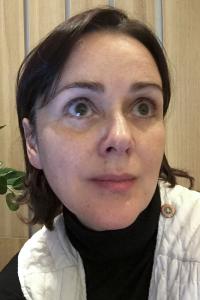 Natalia Petrova is Director of Public Relations at Memorial International Society in Moscow, Russia, where she develops PR strategy, designs campaigns, and organizes art projects designed to present historical memory. Prior to this, she worked as a researcher at All-Union Rehabilitation Center, and later moved on to work at the Carnegie Moscow Center, Nature Magazine, Google, and the Institute of Geography of the Russian Academy of Sciences. Among her interests are the problems of preserving the memory of the past, personal memory, and art projects related to the preservation of memory. As an AHDA fellow, Petrova will work on a project called “Burying the Dead and Ghosts of Soviet/Stalin’s Past”, which aims to promote intensive discussion of what happened in Russia starting from the October Revolution of 1917.