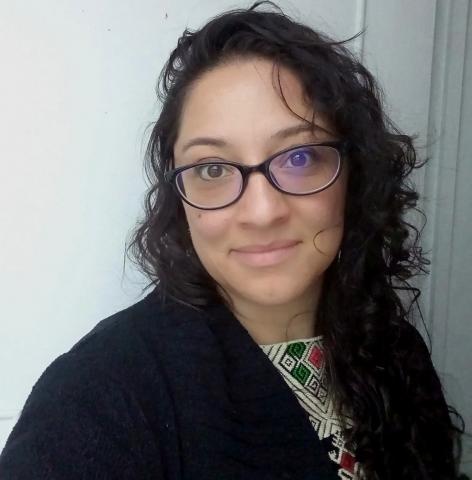 Isabel Flota (she/her) is the Institutional Communication Officer for the International Indigenous Women’s Forum/Foro Internacional de Mujeres Indigenas (IIWF/FIMI). As a Maya woman who has experienced discrimination firsthand, she joined FIMI to advocate for Indigenous communities facing the same racism, discrimination, and alienation from their culture that she experienced. FIMI is a global network that mobilizes Indigenous women from all parts of the world to find consensus on agendas, coordinate objectives, and develops leadership. The organization bridges together women-led initiatives at the national, regional, and local levels They empower Indigenous women to lead international decision-making processes. By doing so, FIMI hopes to have the perspectives of Indigenous women consistently and seriously included in human rights discussions on an international level.

Isabel has a bachelor’s degree in Communication Sciences from the Universidad de las Américas Puebla and a master’s degree in Political Journalism. She uses this knowledge in her role as the Institutional Communication Officer for FIMI. Her role allows her to spread Indigenous knowledge, promote education, and provide training on Indigenous communication media. Isabel has been part of the Alianza de Mujeres Indígenas de Centroamérica y México and founded the news agency Notimia for Indigenous and Afro-Descendant women. She continues on her advocacy path dedicated to intercultural communication and amplifying the voices of Indigenous women. 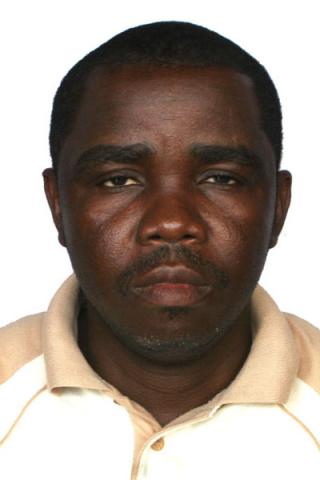 Mambu S. Feika is the Director of Prison Watch Sierra Leone (PWSL), an organization dedicated to monitoring prisons throughout the country and advocating for the humane treatment of individuals who are detained. Feika represents PWSL on the Sierra Leone Correctional Service Council, which advises the President of Sierra Leone on policy matters pertaining to correctional services and centers.

Feika holds a Bachelor of Law from the University of Sierra Leone-Fourah Bay and will be attending the University Institute of Geneva in 2019 for the Master’s in International Relations.

When Jennifer Flynn Walker graduated from the Human Rights Advocates Program in 2002, she was serving as Co-Founder and Executive Director of the New York City AIDS Housing Network. She states, “Through HRAP, I learned ways to advance the right to housing. One thing that struck me was that the stronger the body of local laws affirming that right, the easier it would be to have the right recognized on the national and international level.” Flynn Walker continued working with NYC AIDS Housing Network after HRAP, and as she notes was the first to successfully advocate for the passage of right to housing legislation. This legislation creates a short time frame for people living with AIDS to move into permanent housing and it is the first of its kind in any major City for any population in the United States.

While HRAP is designed primarily for human rights advocates from low-income countries, advocates from high-income countries who represent marginalized communities such as Flynn Walker from the United States are welcome to participate as well as share and learn with other advocates. HRAP graduates usually cite the diversity of the participants as one of the best features of the program. According to Flynn Walker, “the greatest benefit, by far, was meeting the amazing activists from around the world.” She concludes, “Those connections are priceless.”

After HRAP, Flynn Walker went on to many new accomplishments. She has written numerous articles on AIDS and social justice issues, including The Drug Users Manual published by Open Society Institute in 2005 and, with Eustacia Smith, a chapter of That’s Revolting! Queer Strategies for Resisting Assimilation published by Soft Skull Press in 2004. She was a Taproots Fellow at the Center for Community Change headquartered in Washington, D.C. and served as a consultant to the Open Society Institute where she provided training in community organizing and advocacy skills to drug-user unions in the former Soviet Union.

Because of her work, training, and expertise, Flynn Walker was highlighted as one of the leading LGBT/AIDS Activists by HIV Plus Magazine in 2009. In 2005, she was honored as the recipient of the Robert Wood Johnson Community Health Leadership Award, a $125,000 prize. In addition, she received the NYC Council Hero Award in 2002 during her participation in HRAP.

Today, Flynn Walker lives in Brooklyn with her spouse, Roger Williams University School of Law Professor Bela August Walker. They have a son, Flynn and she is expecting their second child in December. She left her position as Executive Director of NYC AIDS Housing Network in 2007 and currently serves as Managing Director of Health Global Access Project (Health GAP), an international AIDS advocacy organization. In this role, Flynn Walker is responsible for all Health GAP administration, fundraising, and campaign coordination. 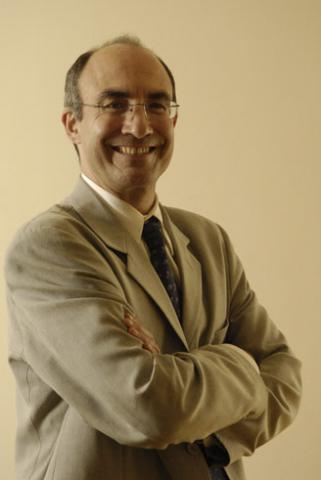 1997 Advocate Fernando Rossetti Ferreira currently works as principal of Reos Partners, an international social business that specializes in systemic transformations. He has more than two decades of experience working with leading foundations, NGOs, and associations in Brazil and around the world. He started his career as a journalist with Folha de S. Paulo in Brazil, where he covered education and civil society organizations, and served as a correspondent in South Africa soon after Mandela became president. He was executive director of Grupo de Institutos Fundações e Empresas, a Brazilian association of philanthropic organizations, Greenpeace Brazil, and Cidade Escola Aprendiz. He also served as chair of the board of WINGS-Worldwide Initiatives for Grantmaker Support.

When he was participating in HRAP in 1997, he was a journalist interested in human rights issues. He highlights that the knowledge that he gained by participating in HRAP was “very important” for his professional development. He states: “After the program, I entered the non-profit sector and began to advocate for strengthening civil society worldwide. The global perspective that the program gave me has been a cornerstone of my strong commitment to human rights. I have devoted myself to human rights in all my activities since then.”