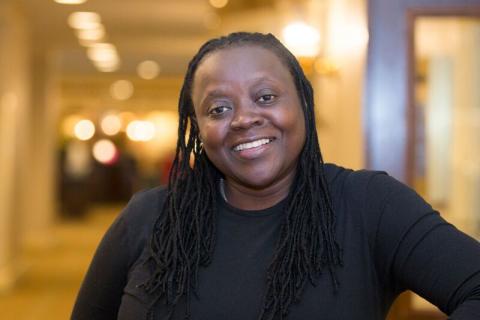 Joanita is the executive director of Freedom and Roam Uganda, a lesbian, bisexual, and queer (LBQ) diverse persons’ organization that advocates for the respect, protection, and fulfillment of their rights and reinforces feminist culture and narrative. Over the past eight years, Joanita has led the LBQ community by empowering its members and seeking synergies between the LGBTI and feminist movements. Her areas of expertise are organizational leadership, administrative and financial management, human rights advocacy, and civic activism.

Joanita holds a certificate in non-governmental organizations and civic activism from the Institute of International Education (USA).  She earned a diploma in telecommunications engineering at the Uganda Institute of Information and Communication Technology. 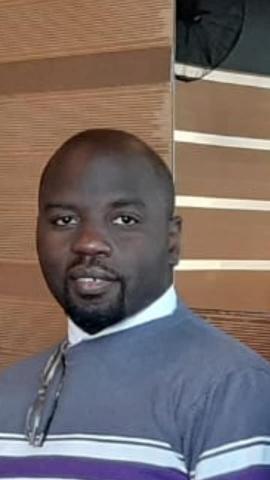 Wambaya Jeffrey Walimbwa works at Ishtar and is the Co-Chair of the SOGIE research Committee at the Gay and Lesbian Coalition of Kenya. Ishtar-MSM is a community-based organization that advances the sexual health rights of men who have sex with men to reduce stigma and discrimination they face by advocating for their rights to access health care, including STI/HIV and AIDS-related care and treatment. As a Program Manager and Researcher both at Ishtar and the G10, Wambaya has taken part in various activities on advocacy, policy and strategy formulation and research analysis. With experience in evidence-based HIV and Sexual health programming he has sat on a variety of Technical working groups on a national and international level.  He is also a board member of the initiative of Equality and Non-Discrimination, an organisation based in Mombasa that engages people and institutions known to perpetuate violence against gender and sexual minorities.

I am from the South Kivu province of Uvira in the Democratic Republic of Congo. Since 2012, I have been the Program Director at IMPACT, an NGO based in Uvira. At IMPACT, we work to protect children who are being exploited at mining sites in Uvira and Fizi, and strive to hold accountable those who are engaged in the illegal exploitation of natural resources. Growing up in a family of seven, my hometown was greatly affected by the war in 1996 and 1998. Hundreds of thousands of people fled the country and hundreds of children were forced to become soldiers. With many people killed and countless others arrested and tortured, others simply disappeared. With my family, we fled to a refugee camp in Tanzania where we spent almost four years. In the camp, I heard thousands of people tell the same stories of rape, killing, maiming, looting of villages, and child recruitment. Those stories, along with those from my own experience, shaped my life and my views of humanity and the world. Upon returning to my hometown four years later I saw the destruction and desperation, as well as the hope of the people. I then decided to help my neighborhood with recovery efforts led by many young people. One of the efforts included mobilizing parents and children to rebuild badly destroyed houses and schools; answering the call helped to shape my humanitarian experience. Furthermore, my becoming an activist has been a way for me to give back to the community that I grew up in. Another blessing has been my family’s support as I earned a university degree. I continue to believe that my community and my country need young activists like me to continue fighting for human rights, justice, and peace. 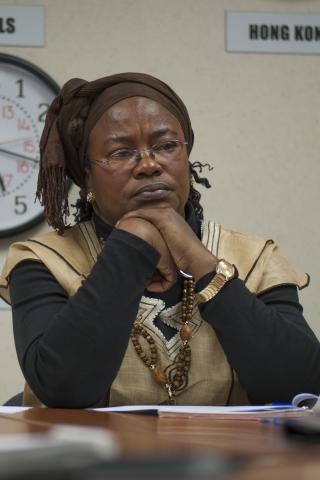 When Marayah Louisa Wychen-Munah Fyneah realized that her gender was precluding her from participating in the work of her political party, she decided to make changes. “We had a section for women in the party, but it was useless. We had no voice,” explains Wychen-Munah Fyneah. She gathered women from various political parties and founded the Coalition of Political Parties Women in Liberia in 2003. The main idea Wychen-Munah Fyneah had in mind was to educate women about their rightful roles in the political life of Liberia.

“It is extremely difficult for a woman to be a part of political life anywhere in the world,” explains Wychen-Munah Fyneah . “Today, in most countries, we have parallel systems of men and women being active in politics. It is unacceptable to have women isolated from men through different groups or committees in decision-making bodies.”

Wychen-Munah Fyneah highlights the challenges activists face due to short-term funding possibilities. “To change the hearts and minds of people, you need years,” she explains. “If we want to see different patterns in political life in Liberia, we must work continuously on improving the participation of women, not just in numbers but in quality as well.”

While in HRAP, Sheila Platt’s workshop on stress and trauma made her realize and understand the importance of mental health for activists. Wychen-Munah Fyneah appreciated the opportunity to learn about editorial writing and social media in human rights work. She sees social media as one of her priorities in the future. “Knowing that people from the other part of the world will be able to read about our work gives me additional strength to speak more loudly about my country’s concerns,” explains Wychen-Munah Fyneah. “Furthermore, learning about the progress that other countries have made reminds me about the work that we still have to do. I know it won’t be easy but I won’t give up,” she says.

By 2011 Advocate Lana Ackar of Bosnia

April 2017 Update: Wychen-Munah Fyneah is currently the National Coordinator of the Women Legislative Caucus of Liberia and serves as Secretary-General in the Liberian Women's National Political Forum. Additionally, she is the founder and President-Emeritus of the Coalition of Political Parties Women in Liberia. 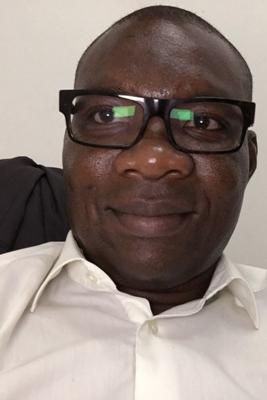 “[My participation in HRAP] opened up new horizons of contacts at national and international levels and set an example for local activists to continue the meaningful work of human rights advocacy close to their homes in small villages and towns.”

Aimé Wata, a member of the class of 1996, began his human rights career with AJUV, a group dedicated to advocating on behalf of vulnerable populations in Uvira, which is a town located in the east of the Democratic Republic of the Congo. Specifically, Wata helped provide legal advice to rural, uneducated families and aimed to bring the plight of detainees in local prisons to the attention of decision makers.

It was during his time with AJUV that Aimé joined HRAP, where he gained a deeper understanding of human rights and improved his English language skills. He also found himself gaining notoriety within his community–he writes: “the organizations I met and the contacts I established lifted my… credibility as a human rights activist in my town. I quickly became a resource… for all activists in my region, as well as a [primary contact] for international missions travelling to my area.” It is because of this increased visibility that, “despite continued violence in East Congo, the human rights movement remains resilient in my town.”

Wata’s experience in HRAP allowed him to take advantage of other opportunities and he eventually joined several international organizations, including Amnesty International, the International Committee of the Red Cross, and the United Nations. Today, that drive to protect human rights that he felt in 1996 has only grown stronger as he travels between Africa, Europe and Asia for his advocacy work. Most recently, Wata has dedicated himself to protecting the rights of populations in Central African Republic who are displaced because of their religious affiliations, working to create social cohesion in their communities and ensure basic needs like housing.