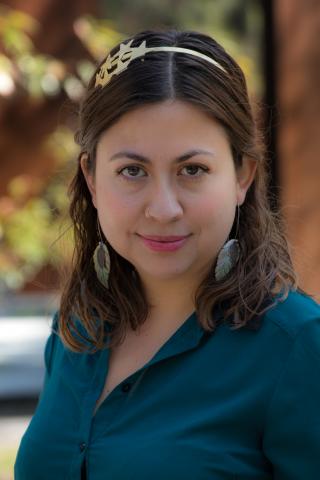 Oriana López Uribe is the Executive Director of Balance Promoción para el Desarrollo y Juventud (Balance), an organization based in Mexico City that seeks to transform national policies, programs, and actions so that sexual and reproductive rights are guaranteed throughout Mexico. López Uribe is responsible for connecting with donors, developing a monitoring and evaluation system for programs, setting the strategy to internally strengthen Balance, and representing the organization.

Prior to serving as the Executive Director of the organization, López Uribe worked at Balance in the following capacities: Abortion Fund Manager, Deputy Director, Representative to the NACA, and the Youth Advocacy Coordinator. López Uribe has also volunteered with the Youth Coalition for Sexual Rights, where she has also served on the board of directors. She is a member of the feminist alliance Realizing Sexual and Reproductive Justice (RESURJ), a member of Vecinas Feministas por la Justicia Sexual y Reproductiva en América Latina y el Caribe, and a board member of Mama Cash.

López Uribe earned a bachelor’s degree in social communication from the Autonomous Metropolitan University. She has taken specialized courses focused on population and equity, advocacy in practice, and leadership and youth. 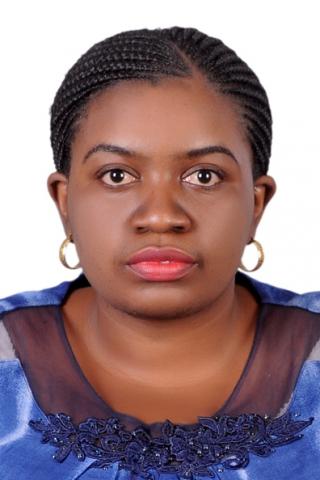 Lungwe is the Program Coordinator for Youth and Development at Centre d’ Education et formation Intégrée, an organization focused on engaging young people in community development and in the eradication of human rights abuses. In collaboration with her colleagues, Lungwe cultivates dialogue between marginalized persons and local government entities and develops community trainings on advocacy, monitoring, and mobilization. Her areas of focus include community mobilization in rural regions, development of educational toolkits, and engaging women and children who have been affected by armed conflict in advocacy projects directed at government stakeholders. Lungwe has received specialized training on gender-based violence, peacekeeping, and environmental protection. 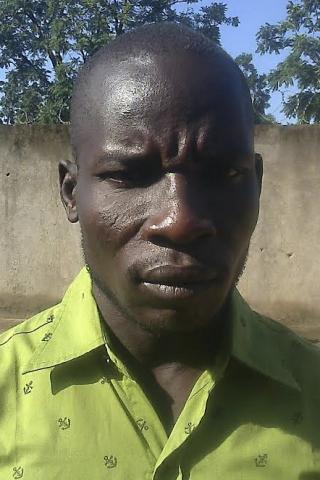 The dark days of the Sudan from the 1880s until 2011, when the southern part of the Sudan separated and became independent, explain why I try to provide an atmosphere that can be favorable for all citizens to freely and constructively rebuild the hopes once lost and the future that has been left bare. It’s no wonder that among the many Sudanese people who have undergone hardships that I am among those born in the war, brought up with it, and to age with it. For the years of my life in exile (Uganda and Zaire, now the DRC) had been full of uncertainties. My career as an activist is due to what I went through and what other Sudanese at the camps went through, too. I decided not to commit suicide because it would not have benefitted anyone. As a child, I had to take a stand to address both social and economic conditions to improve my livelihood. My life as an orphan—even when I decided to go back home to South Sudan—was something that could not be imagined. I decided to think positively about my future and started to work in service for communities. I am a co-founder of Community Empowerment for Rehabilitation and Development (CEFoRD), which has the mission to create a “well-empowered, united and peaceful society” with youth as the primary target: the participatory approach we use is for both the educated and the non-educated.

Head of Department of Further Education, Institute of Learning Processes/University of Greenland

Coming from an indigenous society and growing up in my grandparents’ and parents’ homes, equality was always an issue. I grew up with my grandmother who is white Danish, and my grandfather, a Greenlander. I would sit in the kitchen and they would talk about equality. My parents were part of the first anti-colonialism movement for more cultural rights and language rights in Greenland. I grew up in a home where I did not see that there were any differences between whites, Greenlanders, or anyone.

When I became older and went to the public school, I learned that there was a big difference between those who knew the colonial language and the colonial ways of learning and thus has the chance of becoming something in the country, and those who couldn’t, who would have no future. During high school, I experienced very strong stratification between the Greenlandic and Danish people. In order to become successful, I really had to be like the white people, the Danish people. I tried everything to be like the white people, learning the language and culture, and even earning a degree in a foreign country, but it was always another identity than my own. So when I finished my education and came home, and my father told me, “Now you have your white man’s European degree, now you have to learn to be human again, if you want to work for your people.”

I came to a point in my life where I learned that I had to decolonize myself and find my identity. As part of that process, the passion for my people’s rights grew more and more, especially in relation to the educational system. We have people working with indigenous peoples’ rights in Greenland. However, the right and access to education is something that’s not really being worked on. I began to give different workshops and speeches in communities around the coast, mostly to people who have gone through cultural assimilation. Eight years ago, I was hired to be part of educational reform, training teachers in a process of school reform that is more culturally appropriate. Eventually, I got the chance to get into indigenous women’s rights work, and I was nominated to be part of the Global Leadership School of FIMI.

Hearing about the Human Rights Advocates Program was like a dream come true for me. My favorite part of the program was the combination between theory and practice. The three-minute presentations about our work [given during group meetings attended by all 10 participants] were hard for me as I’m used to putting everything in a much larger context. These are the things we need to learn here, and it’s something I would have never gotten anywhere else. After HRAP, I will go home with much more courage. I now have the academic background and practical skills so I feel very confident that I will this in my work going forward in Greenland. 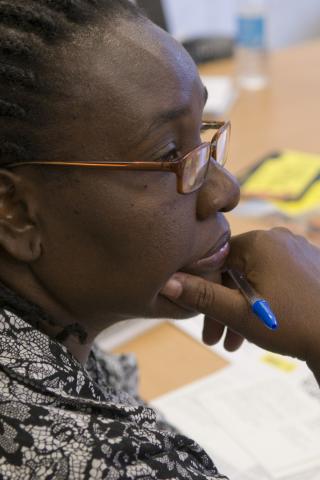 During the 1980s, Colette Lespinasse became an advocate as she learned about the plight of peasants and the urban poor in Haiti. She started attending meetings and activities to improve Haitian society. She quickly found an opportunity at the Catholic radio station, Radio Soleil. “I was inspired by the role of Radio Soleil to make changes. The information and education awareness programs it broadcast nationally made it the only radio [station in Haiti]to do this.” She later began to focus on migrant rights after discovering the discrimination against Haitians in the Dominican Republic. She says, “When the Dominican Republic expelled over 80,000 Haitians during the Aristide administration, I created my organization GARR because I wanted to improve relations and offer humanitarian assistance.” She has since opened up constructive dialogue between Haitians and Dominicans in the Dominican Republic. Lespinasse said, “I discovered I need to keep working not just with Haitians but with Dominicans as well, to advocate not only within Haiti but within the Dominican Republic too.” She concludes, “Human rights has given me a passion. Now, I can’t work somewhere without passion.”