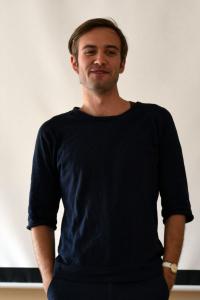 The Detroit City Water Shutoffs: Volatile Possibilities and Complexities of Powerlessness for Human Rights of the Present

Abstract
This essay is an attempt to engage intellectually with human rights and the 2013–present Detroit water shutoff crisis as it was still unraveling. I argue that the case has so far been a failure for human rights, if the yardstick of success is whether human rights directly secure the rights they promise. Despite this failure, the case serves as a role model for a human rights strategy that seeks to adapt the malleable legal assemblage of human rights to salient contemporary injustices. The Special Rapporteur for the Right to Water stretched the limits of her mandate, on an informal shaming visit to a powerful country that has been singularly dismissive of enforceable human rights to water; on the other hand, she was successfully tapping into salient discussions of contemporary injustice in a wide array of activist groupings, prominent media outlets and critical academic conversations. In my essay, I elaborate how this failure exhibits what Sassen calls the “complex powerlessness” of human rights activism in our spatially unequal globalized contemporary. Rather than making broad-sweeping claims about human rights' inherent possibilities and limitations, this is a grounded argument about the volatile sphere of possibilities at the margins of human rights institutions, official mandates and traditional strategies. In this sphere lies a meager potential lies for human rights becoming a valuable wild card for addressing major social injustices, just like the regime once defied everyone's expectations about their potential for addressing civil atrocities.

Patterns and Advantages of Community-Based Resistance to Land Grabs in Madagascar and Ghana: What Lessons can be Learned for Sub-Saharan Africa as a Whole?

In this paper, I identify patterns of community-based resistance to land grabs by looking at two cases of successful resistance – resistance to the 2007 BioFuel Africa deal in Ghana and resistance to the 2008 Daewoo Logistics deal in Madagascar. I argue that community-based resistance is important because land grabs have severe negative effects on the local population, including dispossession of land, food and water insecurity, and lack of compensation; because the current drivers of the land grabbing phenomenon will continue to drive land grabs in the future, including food insecurity in wealthy developed nations, demand for biofuels, speculative investing in land, and FDI-attractive reforms in host countries; and because nascent top-down remedies for populations affected by land grabs, including international monitoring, host government regulation of foreign land investors, and transnational legal action, are not able to address the land grabbing phenomenon in a timely manner. The patterns of community-based resistance that I identify are the importance of individual leadership, NGOs, and dissemination of information in mobilizing the population against a land grab. These will be important in mobilizing resistance to the growing threat of land grabs.